Here’s How to Tell If You Have Seasonal Affective Disorder 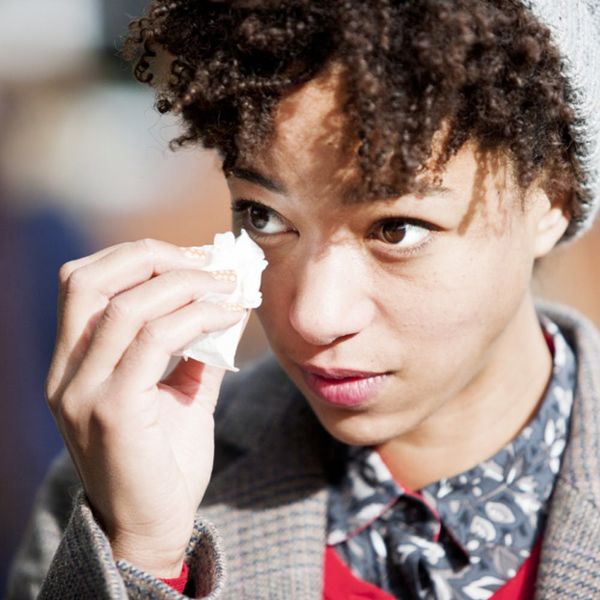 From Kristen Bell to Kendrick Lamar, a whole slew of celebrities has spoken publicly about their struggles with mental health. But among bipolar disorder, depression, and anxiety, an all-too-common mental illness has remained overlooked. Seasonal affective disorder, or SAD, affects as many as 10 million Americans annually, according to Psychology Today. And like other mental illnesses, it’s much more common in women than in men — four times more common, in fact.

We’re not just talking about a blue Christmas. Seasonal affective disorder typically starts in the late fall and lasts throughout the winter months. And, despite its temporality, it should be taken as seriously as any other mental illness. (It’s important to note that, albeit less commonly, seasonal affective disorder affects some people during the opposite seasons.) Unsurprisingly, SAD has many of the same symptoms as its more familiar cousin, clinical depression, but sufferers may experience a different set of symptoms depending on which season it decides to flare up. Those with winter depression may notice changes in appetite (carbs, especially, will be calling your name), weight gain, sluggishness, and habitual oversleeping. Summer depression prompts the opposite symptoms: decreased appetite, weight loss, anxiety, and insomnia.

Many people may have difficulty distinguishing seasonal affective disorder from just your average fall funk, but if you’re experiencing feelings of hopelessness, guilt, or lack of motivation for more than a few days at a time in conjunction with the aforementioned symptoms, a trip to the doctor is advised. And because it’s a type of depression, it can and should be treated as such. We spoke with Dr. Josh Axe, a doctor of natural medicine, author, and co-founder of Ancient Nutrition, about some of his recommended treatments:

1. Light Therapy: Effective within the first one to two weeks, light therapy entails sitting in front of a special artificial light, typically in the morning, during the most difficult months. The light functions in the same way as the sun’s rays, which changes your brain chemicals and ultimately, your mood. “Because seasonal affective disorder symptoms will return quickly once light therapy stops, remaining consistent with treatment during the winter months is crucial,” Axe notes. A prescription is not necessary to purchase a light box, but Axe suggests seeing a health provider who specializes in light therapy to guide you through the technique.

2. Natural Light: “When there is a ray of sunlight during the cold, dark months, take advantage,” Axe recommends. Because the lack of vitamin D available to us organically during the winter months is a main reason for SAD, getting as much natural light as possible is essential. Axe says to sleep with the blinds open to absorb any early morning rays or allot time during the work day to sneak a walk in when the sun’s out.

3. Therapy: Talk it out with a professional in a type of psychotherapy known as “cognitive behavioral therapy,” or CBT. CBT “helps people change unhelpful or unhealthy habits of thinking, feeling and behaving,” according to Axe, and “can help alter your way of thinking and focusing on positive solutions.” A 2015 study published in The American Journal of Psychiatry found that, in the longterm, cognitive behavioral therapy may be even more beneficial to SAD patients than light therapy.

4. Diet Regulation: As mentioned above, those suffering from SAD typically crave unhealthy foods, such as carbs, sweets, etc. But, as Axe says, “Eating that way ensures you’ll look and feel worse.” His “SAD-busting, healing diet” consists of lean proteins, leafy greens, and fish. When you really can’t resist that carb craving, he suggests you go for the whole wheat products. Maintaining this diet will ultimately keep your hormones in check and boost levels of serotonin.

5. Medication: Sometimes medicine really is the best medicine. Antidepressants can be used as both a means of prevention and treatment. “I recommend natural treatments for ailments above conventional methods, such as prescription drugs,” Axe comments. “However, I believe everyone should consult with their physician to discuss their unique case.” Depending on the severity of the symptoms, and the recommendation of a doctor, medication could be an appropriate solution for some people with SAD.

Annamarie Higley
Annamarie is a Californian who's been plopped in the middle of Missouri for her undergraduate studies in magazine journalism. She's a hiker, an eater, a lover of words. In her opinion, nothing beats a well-made breakfast sammy or a well-crafted sentence.
Healthy Living
Health
Healthy Living Mental Health