Meg Ryan, the Queen of Romantic Comedies, Is Writing Her Very Own Rom-Com 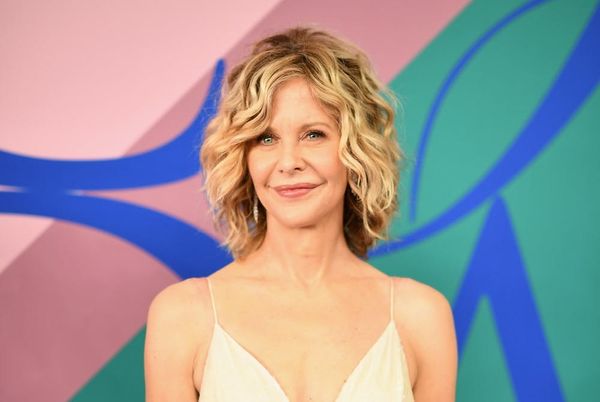 If there’s one actress whose name will forever be synonymous with romantic comedies, it’s Meg Ryan. From Sleepless in Seattle to You’ve Got Mail, Ryan (who recently confirmed she’s engaged to John Mellencamp) dominated the ’90s rom-com genre. So it should come as no surprise that she has now set her sights on penning her own sweet film.

Speaking with The New York Times Magazine, the 57-year-old Connecticut native admitted that, although she has enjoyed exploring different genres throughout her career, making films like When a Man Loves a Woman and In the Cut, she’s looking to get back to her roots. “I like that again now, working on a romantic comedy,” she declared, adding that she’s currently writing her very own rom-com, which she might also direct.

“It’s at Working Title Films. I’ll just leave it at that,” she teased before revealing her superstitious side. “Getting the green light, David. My God. You feel like you’re jinxing it if you’re talking about it. Hopefully it’s for me to direct. I’m aware now that romantic comedies are confections, but they have construction. There’s architecture. It’s not something I was aware of back then.”

There’s also plenty of charm that’s required to hit it out of the park. “Real charm is probably innate. It’s just there or not,” she explained. “I can see it in people like Jennifer Lawrence or Emma Stone or Ryan Gosling. They probably aren’t able to manage it.”

Asked to name the last good rom-com she saw, Ryan picked The Big Sick before sharing, “I’m showing my daughter all kinds of romantic comedies. We did a Frank Capra thing over Christmas: It Happened One Night and Mr. Smith Goes to Washington.”

Up next, she’s also working on a series for NBC alongside Saturday Night Live creator and producer Lorne Michaels. “It’s not really a sitcom,” she said. “I can’t believe NBC might do it, because it’s so odd. Right now I’d be producing. Maybe I’ll act in it. I don’t know. It’s a limited series, three seasons. A murder mystery. A comedy. A murder-mystery comedy.”

Barbara Pavone
Barbara Pavone is a pop culture-obsessed writer based in beautiful (but ridiculously cold) Montreal, Canada. When she's not working, she's sipping on a Pimm's Cup and daydreaming about her celebrity hero, Saint West.
Movies
Celebrity News
Movies
More From Celebrity News