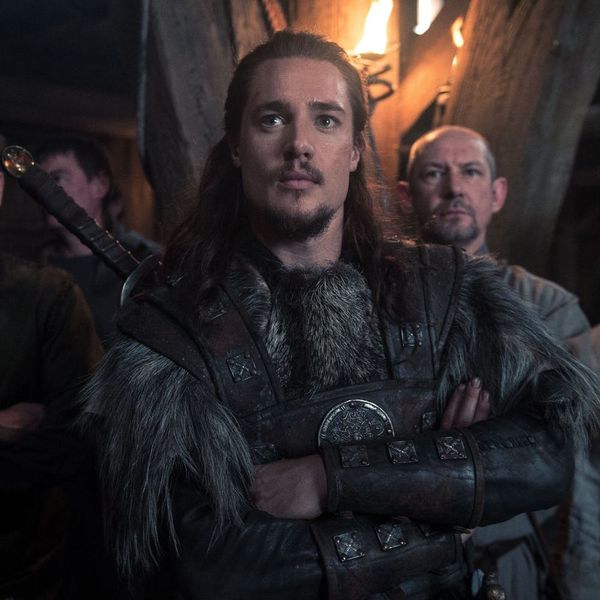 Game of Thrones fans are feeling a major void in their TV schedules right now. It's been months since the season 7 finale, and season 8 — the final season — isn't scheduled to premiere until sometime in 2019. HBO executives have promised a fittingly epic end to the series and, potentially, to your favorite characters. (The cast members reportedly cried reading the final scripts.) But otherwise, details on the upcoming episodes are being kept pretty quiet. Luckily for us, there are plenty of other TV shows to fill the void in the meantime. Here are eight new shows to watch if you're missing Game of Thrones this summer. (Photos via John P. Johnson/HBO + Aidan Monaghan/AMC + ABC/Eike Schroter + Des Willie/Netflix)
The Terror (AMC): This drama is based on the best-selling Dan Simmons novel of the same name and inspired by the true story about the British Royal Navy’s disastrous attempt to discover Northwest Passage — but with an added fictional twist of a predatory monster stalking the shipwreck. It's dark, it's cold, it's terrifying — not unlike Westeros. New episodes air Mondays on ABC. (Photo via Aidan Monaghan/AMC)
The Crossing (ABC): Though more sci-fi mystery than fantasy, The Crossing is about a small American town receiving refugees from a war-torn country — except the war is in the future, and it's happening in the US. The twists and turns feel straight out of the Lost playbook and will no doubt keep you hooked. New episodes air Mondays on ABC. (Photo via ABC/Bob D'Amico)
Lost In Space (Netflix): The year is 2046, and the Robinson family's spaceship has gone wildly off course, forcing them to battle an alien environment — and themselves — as they try to escape a planet they never should have landed on. Based on the '60s TV series of the same name, Lost In Space may grapple with the unexpected, but it's a decidedly comforting and feel-good watch and, frankly, a nice reprieve. (Photo via Netflix)
Siren (Freeform): It may not be quite as layered as Game of Thrones, but a murderous mermaid mystery might be just the fantastical fix for a dragon-less year. New episodes air Thursdays on Freeform. (Photo via Freeform/Jeff Weddell)
Into the Badlands (AMC): This post-apocalyptic drama is rife with factions and kingdoms and is sort of what GoT might be like if it were centered on martial arts and set in the distant future. Catch up on seasons 1 and 2 on Netflix, and watch new season 3 episodes Sundays on AMC. (Photo via Aidan Monaghan/AMC)
Outlander (Starz): Though it doesn't have a season 4 premiere date confirmed just yet, Outlander is expected back on TV by fall — still a good while before GoT returns. The historical time-travel romance is based on a beloved book series, and it isn't shy about killing off its central characters — nor about escalating the villainy of those most hated. Sound familiar? All three seasons are available via Starz on Demand. (Photo via Starz)
The Last Kingdom (Netflix): The historical drama is a suitable fantasy epic to tide you over — but it's also steeped in history and has a little more levity than GoT. The first two seasons were coproduced between BBC 2 and Netflix, but the streaming service will take the reins entirely for the upcoming third season. Get caught up now! (Photo via Des Willie/Netflix)
Westworld (HBO): It's been almost two years since season 1 of Westworld wrapped up, and fans are ready to dive back into the dark sci-fi western thriller. Judging by the season 2 trailer, the robots are out for revenge against their human creators, and the stakes are at an all-time high. New episodes air Sundays on HBO. (Photo via John P. Johnson/HBO)
Nicole Villeneuve
Nicole is an entertainment and lifestyle writer covering pop culture, news, and cool women doing cool things. She likes yard sales, MTV's Teen Mom, and putting too many memes in the group chat. She lives in Toronto.
TV
TV
TV
More From TV