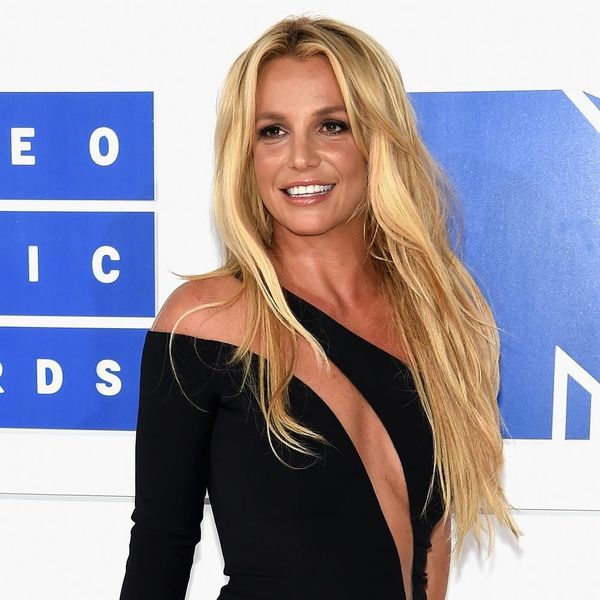 Hollywood is a fickle, fickle place — one minute, you’re hot, on top of the world, and the next minute, you’re… practically obsolete. Though a select chosen few manage to navigate entire careers without ever falling from the fame monster’s good graces, others have to fight tooth and nail for their spot in the sun. What with all the celebrity scandals we’ve seen brewing as of late, from Lena Dunham’s post-Met Gala faux-pas to Playmate Dani Mathers’ ill-fated gym post to the Hiddleswift breakup, the fate of a select few has certainly been called into question, but we’re here to remind you that it doesn’t mean they’re O-V-E-R, over: not necessarily. Not convinced? Just take a peek back at 11 celebs who have fallen down the rabbit hole and live to tell their tales, standing right-side up on the other side.

1. Britney Spears: The most triumphant of them all, we’re giving top honors to none other than Miss Britney Spears, because how could we NOT? There’s nary a soul alive that can’t immediately conjure up THOSE photos of our beloved pop princess: You know, the ones from 2007’s massive meltdown, which saw an overworked Brit Brit taking the shears to her beautiful blonde locks and angrily smashing umbrellas through car windows. Though it certainly wasn’t for lack of trying (girl was famously crucified for her very un-Britney-like VMAs performance back in 2012, which saw her dishing out rather lackluster moves in a particularly unflattering costume), it wasn’t until she landed a Vegas residency toward the end of 2013 that she seemed to finally be on an upward trajectory. These days, Britney is literal fiy-ah once more, with her brand new album, Glory (it’s SERIOUSLY good), a much-improved VMAs performance back under her belt and two little tykes in tow. Forget “comeback story” — that woman is a GD LEGEND. (Photo via Jamie McCarthy/Getty)

2. Winona Ryder: Winona Ryder reclaimed her throne as America’s sweetheart with such ease following her stint in Netlix’s hit show Stranger Things (which has FINALLY been officially greenlit for season two, BTW), that we ALMOST forgot that, 15 years ago, the actress that we idolized from her iconic roles in films such as Edward Scissorhands and Heathers, was being arrested for… shoplifting? She took $5,560 worth of merchandise from Saks, to be exact, which she told security guards she was lifting in preparation for an upcoming role. (Photo via Alberto E. Rodriguez/Getty)

3. Taylor Swift: Taylor can always take comfort in the fact that, no matter how bad things may seem, she can always rise above — she’s certainly done it before! Following what seemed like her umpteenth breakup with one Mr. Harry Styles back in 2013, Taylor reportedly stopped dating altogether, switching her focus to her career instead. The tactic yielded a little album known as 1989 (and, subsequently, the comeback anthem, “Shake It Off”), and just like that, girlfriend was back on top, soaring higher than ever before. Which is exactly why we have no doubt this isn’t the end of our girl — despite recent missteps. (Photo via Kevork Djansezian/Getty)

4. Martha Stewart: Even a stint in the slammer couldn’t stop the global phenomenon that is Martha Stewart. Everyone’s favorite celebrity cook (pre-Rachael Ray, of course) shocked the nation when she was convicted of felony charges for conspiracy, obstruction of an agency proceeding and making false statements after she acted on a stock tip of nonpublic information. You’d never know it from her hopping career these days, however. Not only was Martha elevated to legendary status when she was re-introduced to the world via a fictional character in Orange Is the New Black (Judy King: her rumored namesake), she just landed her own cooking show with Snoop Dogg! (Photo via Mike Coppola/Getty)

5. Jodie Sweetin: Jodie Sweetin had a rough go of it following her stint as Stephanie Tanner on Full House. Years of drinking and hard substance abuse followed from as early as age 14, but these days, our favorite middle sister is an inspiration, turning her life around to become a mother of two and reprising her role in 2015’s Fuller House, which will soon return for its second season. Oh, and did we mention she’s also a really, really good dancer? (Photo via Matt Winkelmeyer/Getty)

6. Vanessa Williams: Dani Mathers wasn’t the first model to face a serious scandal! Back in 1984, Vanessa Williams was being stripped of her crown as Miss America when she was pressured to resign after nude photos of her surfaced in Penthouse magazine. It took more than a few nude photos to stop Vanessa, though: She remarketed herself as a singer, going on to have a number one hit with “Save the Best for Last” and an acting career that has spanned 32 years. (Photo via Rick Kern/Getty)

7. Kanye West: As Amber Rose has attested, Kanye West did NOT have an easy time following his infamous mic grab during Taylor Swift’s 2009 acceptance speech for “Best Female Video”: The uncouth move cost the rapper tours, music opportunities and plenty of famous friends. It was a while before West regained his stride (a fact we’ll bet has everything to do with wife Kim Kardashian West and his two children, Saint and North West), but now he’s back in action like he never missed a beat, causing mayhem and controversy everywhere that he goes, being GIVEN the MTV stage as an invited guest and dropping new video singles like they’re nothing. Yeesh(y) — had to! (Photo via Dimitrios Kambouris/Getty)

8. Kim Kardashian West: When Kim’s X-rated video tape with then-boyfriend Ray J. leaked online, the reality starlet probably felt like her life (and fledgling career) as she knew it were over; and yet, it was seemingly this very event that served to boost her rise to the insanely mega-rich and famous starlet we know her as today. (Photo via Larry Busacca/Getty)

9. Nicole Richie: Most would hardly recognize House of Harlow fashion designer and mother of two as the crazy party girl she portrayed on her reality series with Paris Hilton, The Simple Life, and yet, the woman is one and the same. Older, wiser (and far more sober, thanks to a stint in rehab following a 2003 DUI), Nicole has given her life a total makeover, from her fashion sense to her marital status (she’s still going strong with hubs and Good Charlotte singer Joel Madden after six years) and even her crew — you’re far more likely to spot her hanging with sis-in-law Cameron Diaz or little sis Sofia these days over Paris. (Photo via Frederick M. Brown/Getty)

10. Robert Downey Jr. While feel-good films such as The Avengers, Iron Man and Sherlock Holmes make it hard to believe that Robert Downey Jr. was once anything BUT the family-friendly, fun-loving guy that greets us in theaters these days, he, like Jodie, once struggled fierce inner battles against the demons of addiction. Going so far as to get himself fired from a hit TV show (Ally McBeal), Robert eventually cleaned up his act, transforming himself into the lovable action hero we’ve come to know. (Photo via Jamie McCarthy/Getty)

11. Mariah Carey: In 2001, Mariah Carey pushed an ice-cream cart onto the TRL stage completely unannounced as host Carson Daly looked on in horror when she began stripping before him (something she later blamed on exhaustion and resulted in hospitalization). Cut to four years later, and the iconic singer was right back on her throne at the top of the charts with the release of her album, The Emancipation of Mimi. Three years later and she was topping the charts again, this time with her single, Touch My Body, her latest (and 18th!) number-one hit to date. She also found the time to get hitched to former Nickelodeon star Nick Cannon, giving birth to two twins along the way. Though she’s now divorced from Nick and reportedly rendezvousing with Australian businessman James Packer, she’s still holding it together jusssst fine, thank you very much. You can see for yourself when her E! docuseries Mariah’s World hits the small screen at the end of December. (Photo via Frederick M. Brown/Getty)

Do you think there’s any hope of redemption for the celebs in turmoil today? Share with us over @BritandCo!