13 Shows to Watch If You Loved 13 Reasons Why 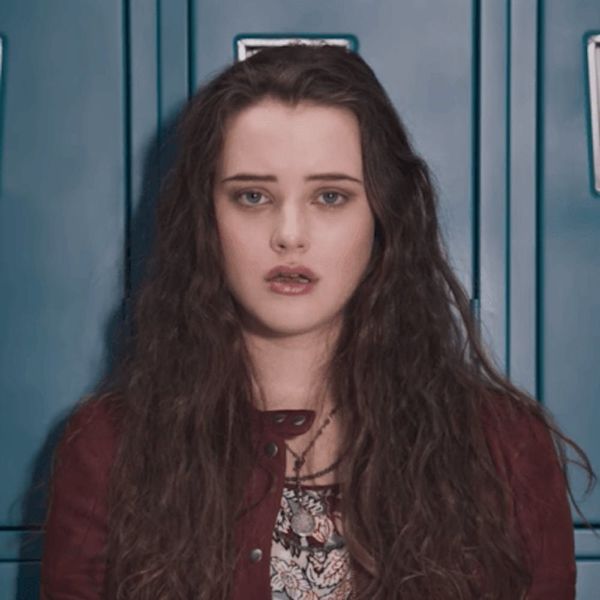 It can be hard to keep up with all of the amazing new shows popping up on TV and streaming services these days, but the current Netflix hit you should make time for is 13 Reasons Why. Based on the YA novel of the same name, the show tackles the suicide of a teen girl and the mysterious cassette tapes she leaves behind detailing the reasons she did it. The series has already left a tangible, IRL impact on Executive Producer Selena Gomez, who got matching tattoos with the show’s cast representing mental health awareness and suicide prevention.

It goes without saying that 13 Reasons Whytackles some pretty heavy subject matter, and its portrayal of high school bullying, sexual assault, violence and more isn’t sugar-coated, something often missing from typical TV teen dramas. While we wait to see if a second season might get made, check out some other shows that handle young adulthood with the care it deserves.

1. My So-Called Life: It feels appropriate to name this show first, not only because 13 Reasons Why author Jay Asher has named it a huge influence, but because Wilson Cruz stars in both (as Rickie Vasquez — the first openly gay teenager on a show such as MSCL, and as the Bakers’ lawyer in 13 Reasons Why). MSCL only lasted one season, and while it was definitely angsty and melodramatic, it tackled diversity, substance abuse, and, of course, bullying in a way that hadn’t been seen on network TV before. *Insert goat emoji here.*

2. Friday Night Lights: First things first — IT’S NOT ABOUT FOOTBALL. Okay, yes, the whole show revolves around high school football, but this show’s portrayal of very differing and very real American family dynamics make this show one of the all-time greats. You will cry in literally every episode. Like, before the theme song is even over.

3. Freaks and Geeks: Another one-season wonder like My So-Called Life, Freaks and Geeks is a less heavy but no less meaningful look at suburban high school life. It is perfect and you should watch it immediately.

4. Veronica Mars: Another one of the all-time great teen shows, this one even got a reprise in movie form — that’s how much it meant to fans. Veronica — played by Kristen Bell — handled heavy issues like the death of her best friend while the show tackled class, rape, and more issues skillfully.

5. Skins: The UK show was lauded for its authentic portrayal of how teens truly act with each other and was considered controversial for tackling mental illness, gender, sex, bullying, and more in equally authentic ways. MTV adapted it for North American audiences but strayed pretty far from the original and lost some of the appeal.

6. Awkward: Though Awkward is a comedy, its very frank approach to sex, identity, and even suicide are refreshing and very real.

7. Daria: Do cartoons count? They do when they’re Daria. Lead character Daria and her best friend Jane influenced a generation of young women who prioritized interests and friendships over the acceptance of others. Also: Halloween costumes.

8. Jane the Virgin: The name of the show might fool you into thinking it’s a little sillier than it is, and while it’s def super entertaining, Jane the Virgin has also done much for representation, de-stigmatization, and education.

9. Glee: It might be hard to remember now, but when Glee debuted it was like a teen (and family) TV revelation that was always progressive and fun, and never stopped trying to outline the importance of peoples’ differences.

10. Party of Five: Another ’90s teen drama that stands the test of time, Party of Five follows the Salinger kids — the oldest of whom is only 24 — trying to get by after their parents are killed by a drunk driver. The show is one of the most emotionally wrought of its kind, dealing with alcoholism, domestic violence, cancer, and more through its run, with little levity. Worth a binge watch.

11. South of Nowhere: This underrated trailblazing teen drama was around for three seasons in the mid-aughts, following 16-year-old Spencer falling in love with her bisexual friend, and was one of the early young lesbian representations on TV.

12. The Wonder Years: One of the oldest and certainly most wholesome of the bunch, but truly one of the teen drama bests.

13. Degrassi: Need we say more? This loooong-running Canadian show and all its iterations has been breaking ground for decades — dealing with everything from teen pregnancy, AIDS, race, and alcoholism to, more recently, storylines dealing with trans issues and Syrian refugees — while of course always leaving room for tons of teen romance drama.

Are you looking for a new show to watch when you’re done with 13 Reasons Why? Let us know @BritandCo!