5 Times Celeb BFFs Melted Your Heart With Acts of Friendship 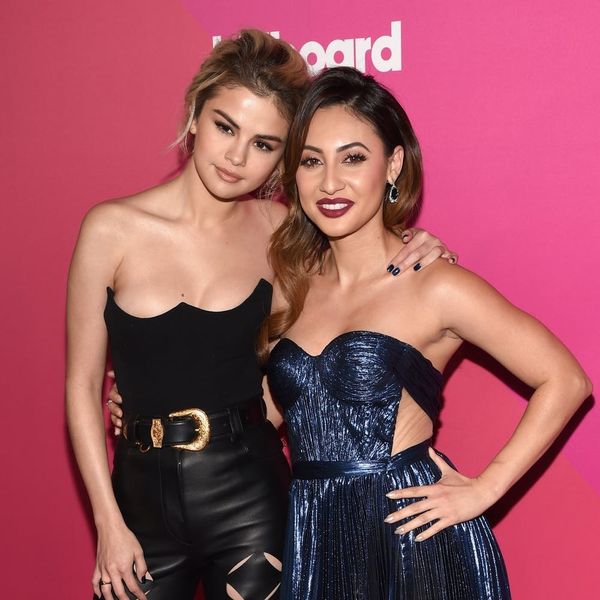 Sometimes, we get lucky enough in life to meet a kindred spirit who just *gets* us. Studies have shown that having a best friend in your teenage years could sow benefits you can reap for years. After all, your BFFs lend you a shoulder to cry on when you’re down and cheer for your accomplishments. That’s why it warms our hearts when we see Hollywood stars celebrating and supporting their BFFs. Here are five funny, sweet, and downright tear-jerking examples of celebrity acts of friendship.

1. When Busy Phillips Flew to Be with Michelle Williams on the 10th Anniversary of Heath Ledger’s Passing: They might have met on the set of Dawson’s Creek when they were newcomers in Hollywood, but their friendship has stood the test of time. They’ve seen highs (like when the pair were attending Paris Fashion Week last year, they got a little tipsy, and Williams entrusted her friend with dyeing her platinum pixie millennial pink) and lows.

Williams’ partner and father of her 12-year-old daughter Matilda, Heath Ledger, died on January 22, 2008. Phillips, knowing that the 10th anniversary of his death would be hard for her bestie, got on a flight, and flew to her friend. She snapped a photo with her friend with the words “It’s ok.”

2. When Jennifer Lawrence Walked Out of a Glam Sesh to Hang With Emma Stone: In a friendship match made in heaven, two of Hollywood’s funniest leading ladies happen to also be besties. Lawrence doesn’t seem to be the least bothered that her pal edged her out of the position of being the highest paid actress of 2017. In fact, the pair had plans to attend the 2018 Golden Globe Awards afterparties together when Stone changed her mind about going out. Lawrence, who was already in the makeup chair for her after hours look, promptly walked out and left with HALF her glam on.

She hilariously details her experience for the world on Facebook. When Stone asks her what happened, Lawrence replies,”Well, you had told me that you wanted me to be your date to the afterparties so I, you know, got us some tickets to some afterparties.”

“I booked a car and I was halfway through glam,” she continued, revealing her whole face, “When you told me that you didn’t want to go. You just wanted to come over to my house. So, I sent my hair and makeup team home. And now this is what I look like.”

3. When Janet Jackson Surprised Missy Elliott at an Awards Show: The pair has collaborated on songs like “Son of a Gun” and “Burnitup,” but their friendship goes far beyond the recording studio. Elliott was honored with the Visionary Award at Essence’s 9th Annual Black Women in Music event last week, and while the rapper/producer knew the recognition was coming, she didn’t know her best friend Janet Jackson would be the one presenting it.

#IMGRATEFUL @janetjackson that u would fly over from the UK while on tour to present me with the #BlackWomenInMusic @essence Award last night of course I’M A BIG BABY & i COULD’NT STOP CRYING TEARS of HAPPINESS😫🙏🏾 our SISTERSHIP has lasted over 17 years!🙌🏾Your the definition of REALNESS/HUMILITY/CARING/INSPIRING/UPLIFTING/FIERCE/BOLD/RISKTAKING/BLACK STRONG& BEAUTIFUL oh & RICH💰Girl u know I had to throw a joke in it🤷🏽‍♀️🤣but I LOVE you sis for always being there for me from Day 1🤗😘thank u @essence for the love u showed me I am Humbly Grateful🙏🏾

And Jackson prepared a personal speech for the occasion. “I am so grateful for Missy’s beautiful soul. I am grateful for her creativity, her energy, grateful for her soaring inspiration. I’m grateful for how she stood toe-to-toe with the guys, showing them that a woman can do it all, take charge, lead the way, innovate, and create without fear,” she said of her pal of over 17 years. “Grateful for how she’s cleared the way, the path, for new generations of young talent to follow. And I am so very grateful for her loyal friendship that has meant more to me than she could ever know.” Elliott says she was brought to tears over Jackson’s speech. D’aww.

4. When Jennifer Aniston and Courteney Cox Were There for Each Other for Every Milestone: While they might have met on Friends 24 years ago, the real Rachel Green and Monica Gellar are best friends in real life — and their friendship has seen them through marriages, divorces, childbirth, new TV shows, and remarriages.

Cox named Aniston as the godmother to her now 13-year-old daughter Coco, and when Aniston wed her hubby Justin Theroux in a super-private ceremony in 2015, she did it with Cox standing beside her as her maid of honor.

5. When Francia Raisa Saved Selena Gomez’s life: This one still gets us a little teary-eyed. Gomez revealed last year via Instagram that due to complications from lupus, she needed a kidney transplant in order to save her life.

And in an ultimate act of friendship, her best friend Francia Raisa donated one of hers to the “Wolves” singer. Gomez thanked her friend, writing, “There aren’t words to describe how I can possibly thank my beautiful friend Francia Raisa. She gave me the ultimate gift and sacrifice by donating her kidney to me. I am incredibly blessed. I love you so much sis.”

Raisa responded in kind by writing, “I am beyond grateful that God would trust me with something that not only saved a life, but changed mine in the process.”

The pair met when they were both Disney Channel stars visiting a children’s hospital together back in 2007, and have been BFFs ever since.

What’s the best thing you and your BFF have done for each other? Tweet us @BritandCo!

Kimberly Wang
Kimberly Wang writes about all things pop culture, tech, style, and beauty. She's a Bay Area transplant and has an MFA in Creative Writing from Columbia University. On a sunny New York day, you can find her hanging out with her mini schnauzer Isabelle Jellybean on a blanket in Central Park.
Celebrity
Pop Culture
Celebrity Friends