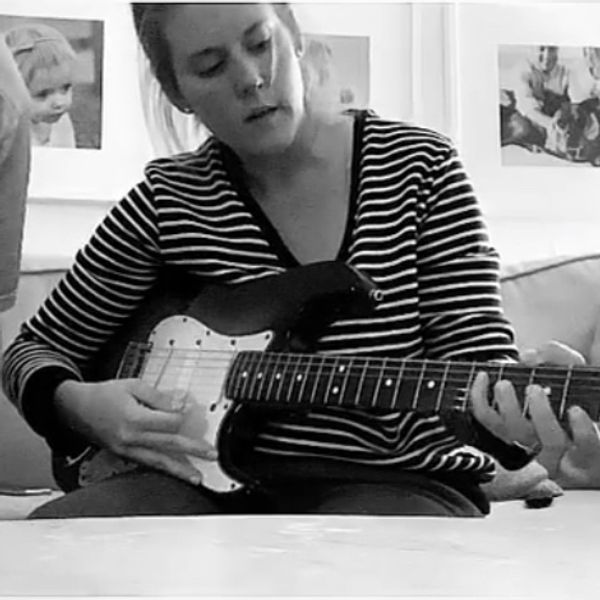 One day in early 2018, I was swiping through my Instagram stories and came across a girl I knew in high school. You might know her as Brit Morin, the founder and CEO of Brit + Co. She said that she was starting weekly challenges – #GiveItAWeek challenges – and that she would be doing them throughout the year. I immediately thought "what a cool idea," but like you do on Instagram, I kept swiping and scrolling, not thinking too much about it. Throughout the year, however, I became very invested in her challenges. I watched along and was always interested in what her next one would be, or how she would handle the one she was currently doing that week. By the end of the year, I was really inspired and admired her courage to put herself out there for the world to see.

In December of 2018, I decided that I needed something to get me out of a rut. I felt stuck mentally and emotionally, and at the same time was already feeling defeated by trying to create some sort of big resolution for the new year. These challenges felt like exactly the thing that I needed to help. The key is that they felt attainable – a week-long goal instead of a year-long goal. At the same time, I wanted to get out of my comfort zone, be vulnerable, and most importantly, I wanted to do something just for me. As a mom who stays at home, I sometimes feel as if I don't have something that is mine – a job, or even mental space to dedicate to myself. I had hoped that doing these challenges would, if nothing else, simply be something fun for me to do on my own.

So as I love to do, I made a list and planned out my entire year of challenges. Most of the challenges I did were ones that Brit had done herself, but I adapted them or changed them slightly to what I knew would fit my life. (Note: I did not do a challenge every week of the year. I was pregnant at the time and had a baby in May of 2019. I knew I wouldn't be able to keep up with 52 challenges, so I decided on 24 challenges instead. This way, I would be doing one almost every other week, with space to take time off when I had my son.)

Before I knew it, it was time to start my first challenge. I drafted a story on Instagram to "announce" I would be doing this and would be sharing it all (for accountability's sake). With hesitation, nervousness, and a lot of excitement, I hit the Share button. By the end of my first challenge (no phone after 8:00pm), I was feeling great! I had followed through on a simple seven day goal and although it was only the first week, I was proud of myself for sticking to it.

This kept happening. Each time I finished a week, I slowly built more and more confidence. I started re-examining so many things in my life and it really changed how I set short-term and long-term goals.

It's crazy to say that in a lot of ways, my life looks incredibly different than it did before these challenges. Doing things that I never felt like I had the time to try (meditation or yoga), or was too overwhelmed to try (minimum waste and composting) are now things that I integrate often, if not daily. There are other things that didn't stick (no coffee, no meat) that I am totally okay with. Some of my favorite challenges included no hair washing for a week, no makeup for a week, learning how to braid (something I've always wanted to do, especially now that I have a daughter), and no social media. These are all things that I now do a few days every week.

I stepped out of my comfort zone big time by posting videos of me trying to play guitar (cringe) and stating my biggest insecurities for the world to know. At times it was wildly uncomfortable. There were many moments when I doubted sharing all of this publicly, and then someone would message me and say something like "wow i've always wanted to do this, and now i'm going to try!" or "you're so brave for sharing this," and that's what kept me going. Knowing that other women were following along and becoming invested was all the motivation I needed.

The challenges gave me confidence and the vulnerability that it required to achieve them gave me courage. You might not think that using your Instant Pot every day for a week can do that for you, but you'd be surprised at what finishing small goals looks like over time. I think the biggest opportunity the #GiveItAWeek challenge brings is the strength that comes when you truly open yourself up to failure. Doing something that scares you can make you stronger than you'd ever think possible. Opening myself up to be judged made me realize that the only opinion I truly need to care about is my own.

So, what's next? I've decided to keep going! But in 2020, I will be doing twelve #GiveItAMonth challenges instead! Some of these will include 30 days of movement (January), building a piece of furniture, and a month of no single-use plastics. The best part for me is knowing that even these longer-term goals are not so scary or daunting. I'll just take it one week at time.