16 Makers That Celebrities Love Too 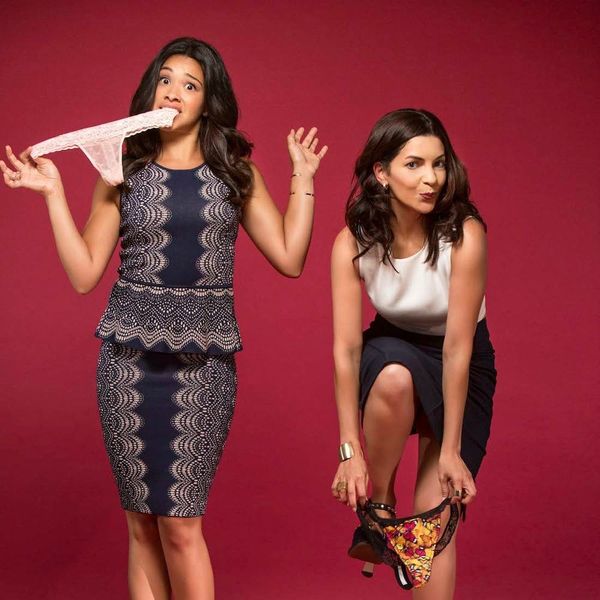 2015 has been the year of makers. From #girlboss engineers who are inspiring young women to pursue work (and play) in STEM to awe-inspiring artists who MacGyver meaning into lifeless objects, the world has fallen in love with creating. Not ones to fall behind on a trend, celebs far and wide are chiming in with their fave makers of the moment. Here are 16 celebs who are swooning over makers.

1. Mindy Kaling: When Mindy Kaling’s people gave her these The Mindy Project-inspired number two pencils, she loved them so much, she immediately Instagramed them. The next day, maker Jenna Finwall Ryan woke up to a never-ending string of fans begging to get their hands on a set by Christmas. She’s been working to meet the demand ever since! (Photos via Imeh Akpanudosen/Getty and LZPencils)

2. Kelsey Musgrave: These sparkly bags from Luna on the Moon captured Kacey Musgrave’s attention when she met maker Kirsty Fate while out on the town one night. Their graphic-themed and blinged-out charm are a perfect match for her over-the-top personality! (Photos via Michael Locciasano/Getty and Luna on the Moon)

3. Blake Lively: Blake takes shoe selfies just like the rest of us, and her new obsession is Sarah Flints. Sold under the maker’s namesake, Flint’s silhouettes are endless, from strappy evening stunners to beach-ready sandals. (Photos via Jamie McCarthy/Getty and Sarah Flint)

4. Rachel Bilson: The proud mama of Briar Rose does not shy away from her motherly instinct. Although we assume keeping Briar clean is no easy task, she’s pulling out all the stops with these adorable Billy Bibs that she raved about on Instagram. They’re cute enough to go with any outfit and made with love from this family out of the Pacific Northwest. (Photos via Slaven Vlasic/Getty and Billy Bibs)

5. Kristin Cavallari: Kristin is a great friend to maker Philippa Whitfield Pomeranz, who recently published a series of children’s books called The Umbrella Girls. Thanks to a strategically timed share on Instagram, people are loving the series that focuses on eight diverse girls facing the world around them. Yay for inclusivity! (Photos via Monica Schipper/Getty and The Umbrella Girls)

6. Jessica Alba: Even Jessica Alba likes a good Target haul — especially if these adorable Pair of Thieves socks are on the shelves. They’re trendy and comfy and will definitely keep you warm. (Photos via Charley Gallay/Getty and Pair of Thieves)

7. Lena Dunham: Leave it to Lena Dunham to rock a pullover featuring a woman’s reproductive system. This Rachel Antonoff Fall 2015 must-have is perfect for those days (and nights) when #Feminism is coursing through your veins. (Photos via Rachel Murray/Getty and Rachel Antonoff)

8. Kate Middleton: The Duchess of Cambridge has stolen (okay, borrowed) one of her sister’s fave brands: Merci Maman. After the designer sent Kate a necklace symbolizing the royal family (a mini heart engraved with a ‘W’ for Prince William, a disc with son George’s full name and a little boy charm), she’s been seen rocking it all around Chelsea. (Photos via Christ Jackson/Getty and Merci Maman)

9. Gina Rodriguez: Golden Globe-winning actress Gina Rodriguez is entering the business world as a co-founder of Naja Lingerie. Catalina Girald started Naja with the intent of helping single mothers and the environment, controlling the supply chain from start to finish. Now with Gina’s support (and a new Gina bra [$65] to boot!) the company’s bound to reach even greater heights. (Photos via Kevork Djansezian/Getty and Naja)

10. Stephen Curry: Remember when NBA star and resident dad Stephen Curry lost the spotlight to his daughter during the 2015 Nickelodeon Kids’ Choice Sports Awards? It looks like little Riley is stealing the show again, as she’s now the new face of the Next Step line from Freshly Picked. Can you say supermodel in the making? (Photos via Alberto E. Rodriguez/Getty and Buzzfeed)

11. Lupita: Mexican-Kenyan actress and film director Lupita Nyong’o loves this Michael Soi bag so much, she posed with it and her plus one in an adorably candid Instagram. For hundreds of variations on this hand-painted tote, contact Soi by email. (Photos via Dimitrios Kambouris/Getty and @soysos2)

12. Gwyneth Paltrow: Gwyneth loves her Anna Bee Jewelry necklace in honor of her children. All of Anna Bee’s designs are handmade, including Gwyn’s gold rectangular pendants featuring the names of her lovelies: Apple and Moses. (Photos via Jason Kempin/Getty and Anna Bee Jewelry)

13. Hilary Duff: Hilary’s adorable son Luca (pictured right) loves his The Wild Kids Apparel pullover (can’t you tell?) With all sorts of hip, kid-friendly collections from The Arctic to The Safari, this one-of-a-kind kids’ apparel shop is making cool kids out of us all. (Photos via Craig Barritt/Getty and @hilaryduff)

14. Reese Witherspoon: When Reese Witherspoon posted this Instagram of her festive phone case, her followers swooned. From maker Minnie and Emma, it comes in four different prints and is totally customizable. Holiday texters, rejoice! (Photos via Larry Busacca/Getty and Minnie & Emma)

15. Kim Kardashian: We all know that Kim Kardashian West loves free promo, so when she received this punny card, she obviously had to break out Instagram. Made by hilarious maker Tay Ham, each card is printed on recycled paper and comes with a plain kraft envelop. (Photos via Jason Merritt/Getty and Tay Ham)

16. Lauren Conrad: LC’s successful website and lifestyle brand is an #everywoman paradise. Not only does it feature weekly blog posts about where to dine and what to wear, but she also recently posted her 10 fave Etsy stores of the moment. High on the list was Herbivore Botanicals, a beauty line that’s small batch and handcrafted in the Belltown neighborhood of Seattle, Washington. (Photos via Jason Merritt/Getty and Herbivore Botanicals)

Which maker are you itching to check out? Let us know in the comments!

Ashley Macey
Ashley Macey is a lifestyle freelance writer who loves all things fitness, wellness, and creativity. When she's not exploring her home in the Pacific Northwest with her dog Max, you'll probably find her curled up with a good book and some hot tea. Follow her daily jaunts on Twitter.
Etsy
Pop Culture
Etsy Kardashians Makers
More From Pop Culture