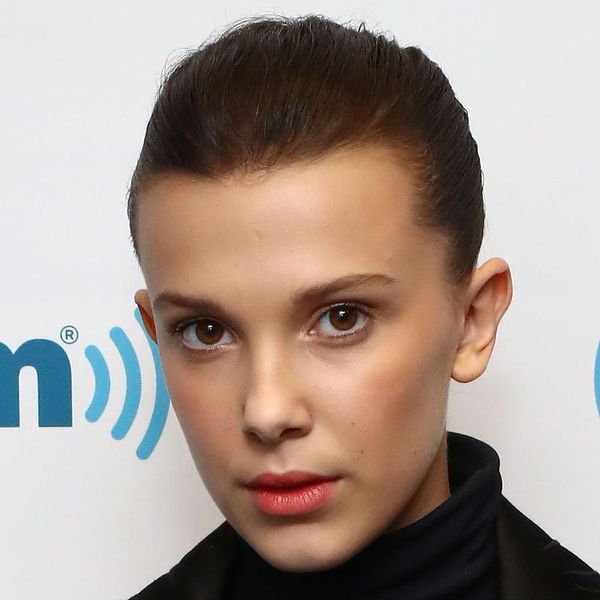 There’s no denying the fact that Millie Bobby Brown’s character in Stranger Things, Eleven, has an unmistakable bond with Mike Wheeler (AKA Finn Wolfhard). It turns out, however, that if it came down to it in real life, he’s not the character the actress would choose to save from the unspeakable dangers of the Upside Down.

In fact, as fans were likely surprised to hear at the Supernova Comic Con in Australia, where Brown was hosting her very own panel regarding all things Eleven (like a boss), the young woman who shared her very first kiss with Wolfhard revealed that she would actually probably save her onscreen adoptive pops.

The 13-year-old faced the impossibly difficult question head on — but not without some difficulty. “Oh God,” she quipped. “Here comes I get Finn, like, texting me six messages like, ‘You awful person.’”

Still, after much thought, she made her choice, saying, “I think it’s such a different relationship, but, I don’t know. [Chief] Hopper, for me, as Millie. But for Eleven, she’d probably choose Mike, because she’s, like, absolutely obsessed with him, so, there’s that.”

The Calvin Klein by Appointment spokeswoman also said her decision may have been skewed in an effort to spare actor David Harbour’s feelings. “I think Finn will get over it… David, If I said [I’ll save Mike], David would be genuinely hurt.” (Fair enough, Millie. Fair enough.)

This is why I’ve taken her under my wing. To teach her not to make foolish decisions like this. We’ll get there, Elissa… https://t.co/BLPS09bM89

Harbour, for his part, graciously joked that he was working on helping her to decide against such hasty decision-making, saying, “This is why I’ve taken her under my wing. To teach her not to make foolish decisions like this.”

Which Stranger Things character would YOU save if you could only pick one?! Tell us over @BritandCo.