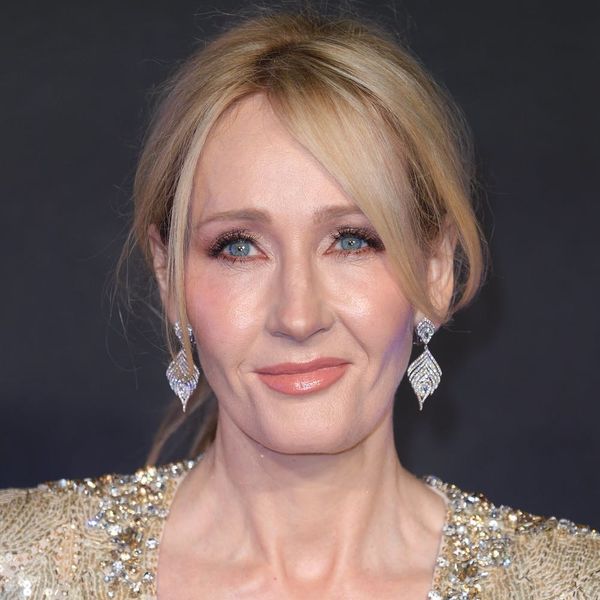 If you were feeling low and looking to the Harry Potter camp to lift your spirits today, you were in for a bit of disappointment: Despite exciting rumors from the unofficial Universal Orlando podcast that Harry Potter and the Cursed Child would be going the way of Fantastic Beasts and becoming a series, the play’s co-writer, J.K. Rowling herself, says it simply isn’t so.

In between offering up the gift of Harry Potter to a young girl in Aleppo and launching her new website, J.K took to Twitter to set the record straight after the podcast’s host, Jim Hill, told listeners, “Given what my source here has told me in the past… I’m very confident that what he told me about a Cursed Child film trilogy being talked about at Warners [is] something that will go into production after the five-part Fantastic Beasts film series wraps.”

I know a lot of people are looking for reasons to be cheerful today, but there is NO TRUTH to the rumour about a #CursedChild movie trilogy!

This. Is. Not. True. pic.twitter.com/BAzuKJiCOO

Make that second — it’s actually not the first time she’s had to squash this particular buzz. She addressed the same issue back in February, with Warner Bros. also issuing a statement which said, “Harry Potter and the Cursed Child is a stage play, with no plans for there to be a film.”

You heard wrong, I'm afraid. #CursedChild is a play. #FantasticBeasts will be 3 movies, though! https://t.co/7tvw4rolcR

While some were peeved at the author for crushing their dreams when they were feeling down, she says it’s just not in her to let falsehoods fly.

I value the TRUTH. (Hugs, though.) https://t.co/IbuyS7ZCFJ

We guess it’s time to face the music: As J.K. told Reuters back in August, this really is the end of Harry’s journeys.

“…Yeah, I think we’re done… I’m thrilled to see it realized so beautifully, but no, Harry is done now.”

Do you think Cursed Child is better left to Broadway? Share with us @BritandCo.

Nicole Briese
Nicole is the weekend editor for Brit + Co who loves bringing you all the latest buzz. When she's not busy typing away into the wee hours, you can usually find her canoodling with her fur babies, rooting around in a bookstore, or rocking out at a concert of some sort (Guns N' Roses forever!). Check out all her latest musings and past work at nicolebjean.com.
Harry Potter
Pop Culture
Harry Potter twitter
More From Pop Culture