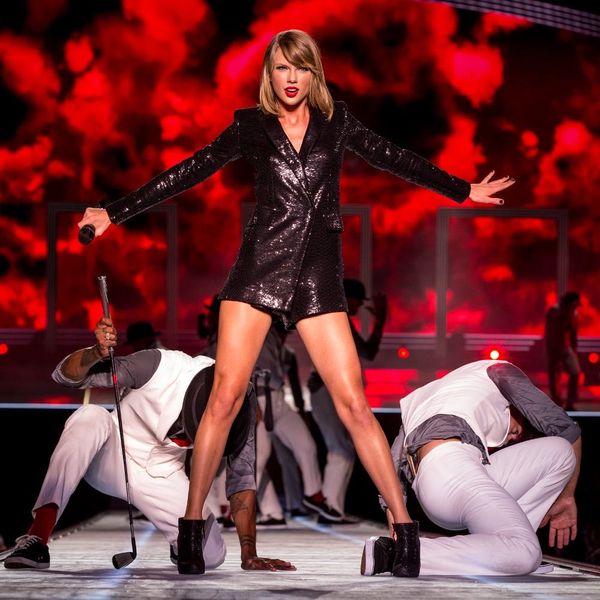 How many feuds can one woman fuel at once? It seems like Taylor Swift is going for some kind of celebrity record, with ongoing beefs between Swift and Kim + Kanye, Katy Perry, Demi Lovato, and Justin Bieber, not to mention being dragged (along with Miley Cyrus) into the Nicki Minaj and Remy Ma sitch. Yowza! Now, it looks like the “Bad Blood” singer is ready to amp up yet another old feud by potentially making her biggest career move yet.

If we first head back to 2014, we’ll remember when Taylor Swift decided to take on one of the biggest brands in the biz: Spotify. Unhappy about the royalties sitch, Swift pulled her entire catalogue from the streaming site, which was a massive hit for the music provider.

Fast forward to today, and it looks like Taylor Swift is prepping to permanently cut ties with all streaming services that mess with her royalties by starting her very own, though hers will have SO much more than what we’re currently used to.

According to TMZ, “Swifties” will be a website “featuring non-downloadable multi-media content in the nature of audio recordings.” However, docs filed by Swift’s people aiming to gain rights to brand the website reveal that it will also include a line of music products (for instance, guitars, guitar picks, guitar straps, and drumsticks) and will even offer retreats, educational camps, and self-guided online courses.

It sounds like Taylor Swift is ready to take her music world dominance to the next level while also amping up her feud with the streaming industry.

What do you think about the sound of Taylor Swift’s “Swifties” website? Let us know @BritandCo!