The Internet Is Hating HARD on Khloé Kardashian’s Halloween Costume 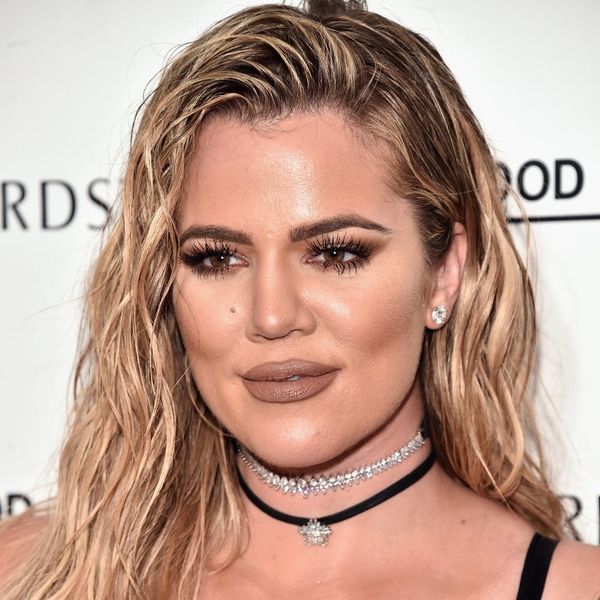 While plenty of celebs totally nailed their Halloween costumes this year — we’re talking about Katy Perry as Hillary Clinton, Jenna Dewan Tatum’s sparkle unicorn costume, little Luna Legend and Neil Patrick Harris along with his adorable family — others are failing epically. Hilary Duff and her bae totally peeved people off with her offensive outfits, and now the internet is hating hard on Khloé Kardashian’s Halloween costume. In fact, they’re so unimpressed, it’s creating quite a social media storm.

Opting to head out on the town as Storm from the X-Men (a powerful mutant who can control the weather), the Kardashian sister wore a form-fitting black cat-suit with striking silver hair that matched her intense eyes. With elaborate cuffs and a lightning bolt image on the front, the look was finished off with stiletto boots and a cape, natch.

The part, famously played by Halle Berry in the past, is a beloved pop-culture figure, but folks definitely weren’t feeling the love for Khloé’s version. At all.

Khloe shouldn't have stepped out the house pic.twitter.com/ts9lsYCuCW

I really wanna know exactly which Storm, was Khloe looking at.. it's not adding up. pic.twitter.com/xgeCHfFCvT

Khloe Kardashian dressed up as Storm for Halloween is not acceptable, IDC if she if didn't do black face and IDC if she's dating a black man

I thought Khloe was going as Marilyn Manson

@khloekardashian is by far the worst looking #Storm I've ever seen 👎🏾👎🏾👎🏾

They got Khloe looking like Sabertooth and told sis it was Storm. pic.twitter.com/DYoPMz9IpD

Since Kylie nailed her Dirrrty look, maybe Khloé should ask her little sis for help next year.

Do you this Khloe’s costume was a disaster or not so bad? Tweet us @BritandCo!

Desiree O
Desirée O is a ‘Professional Bohemian’ who loves anything and everything related to the arts, entertainment, and pop culture. She ADORES being a ‘Newsy’ for Brit + Co, covering all of the latest tidbits of awesomeness that you want to read about. When she’s not writing, she’s either making messy art, going on long adventurous walks with her camera, or poking around over at bohemianizm (http://www.bohemianizm.com/). You can find out about Desirée O and her work at http://DesireeO.com/ or follow her on Twitter @DesireeO.
Halloween
Celebrity News
Halloween Halloween Costumes Kardashians
More From Celebrity News