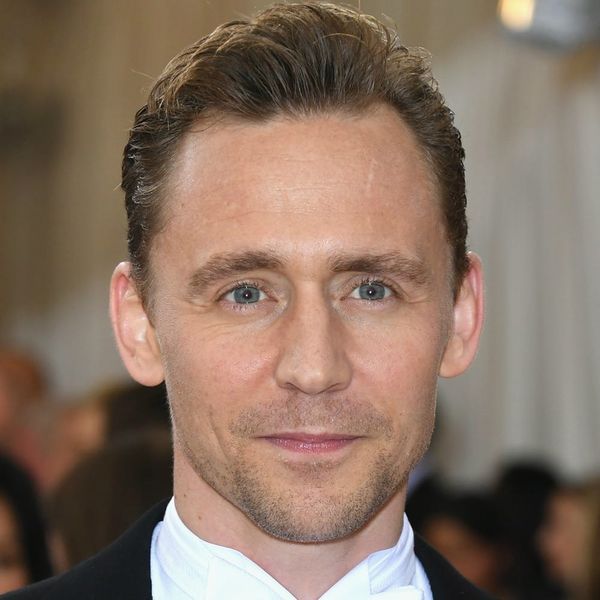 Tom Hiddleston has made no secret of his feelings for girlfriend Taylor Swift: He’s taken his new lady love on vacations galore, cuddled up to her on Instagram and even sported that now infamous shirt emblazoned with her initials.

But last night, Tom pulled a James Bond-like move that had him upping his odds for clinching that next rumored 007 role as he shrouded himself in a cloak of mystery. Just when we thought we had all things Hiddleswift figured out, this cryptic tweet came into our lives and knocked us all for a loop.

The 35-year-old British actor simply wrote “A few cool things…” before going on to post about the Comic-Con screening of his latest film, Kong: Skull Island, which comes out next March, as well as the release of both I Saw the Light and High-Rise on DVD. Though short and sweet, it was enough to have the Internet up in arms with conspiracy theories: Was that *really* what he meant?

The skepticism is understandable enough: Some just found it entirely too hard to believe that Tom would use his first tweet since Snapchatgate to simply promote his work. What about showing support for his love while subtly standing up to Team Kimye, the way buddy Chris Hemsworth smoothly showed support for Tom and Taylor’s blooming love?

Tom’s followers, for one, had their fair share of guesses as to what it all meant.

@MissLadySkylar @twhiddleston The plaid shirt. May he never, until the end of time, stop wearing the plaid shirt 😍

Could Tom’s “cool things” be linked to his fashion choices?

@twhiddleston your dating with taylor is over??? pls say "yes"

…Or maybe Hiddleswift is no more?

@twhiddleston Stop being so delightfully cheeky Tom. Spill the deets! :-)

Or! Maybe! He was just being his delightfully cheeky self…

Yup, we’re leaning towards that latter. Especially since a source told E! that “Tom is not annoyed by the negative media attached to Taylor. He knew that would come with the course of dating her.”

Sounds like he’s just letting things go and trying not to fuel the fire too much. But then, why go so cryptic on us? We. Don’t. Know.

Lastly, 3m followers! My goodness. Thank you for listening to my ramblings and coming along for the ride.

After all that, Tom returned with some closing remarks that were just as bizarre as the tweet that started it all. “Thank you for listening to my ramblings and coming along on the ride,” he wrote just one hour after his first cryptic message. Erm, did we miss something? Because we’re not seeing any actual ramblings, other than those from fans guessing what all of this means.

Talk about stirring the pot and riling people up! Hey, you keep doing you, Tom. Or, as Taylor would say, just “shake it off!”