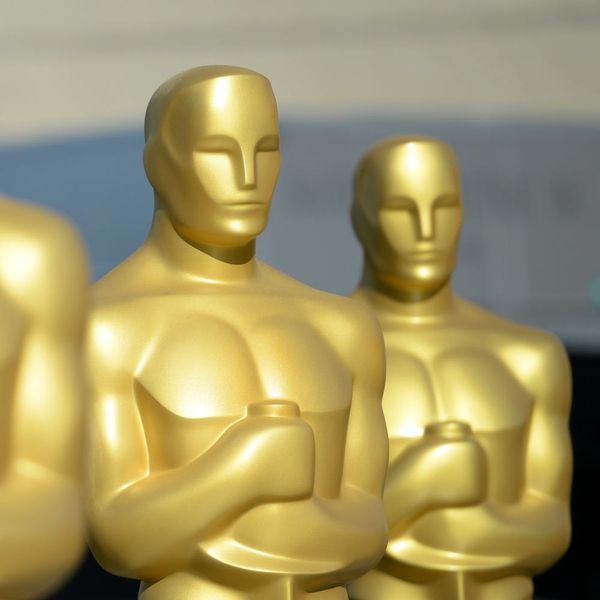 When it comes to award show swag bags, you never know what you might find. Our peek into the 2017 Grammys bag, for instance, revealed a lifetime supply of breathable foundation valued at a whopping $14,800 (!!).

This year’s Oscars are quickly approaching (catch all the indie flicks that didn’t receive nods here), so naturally, we were curious as to what goods the night’s biggest stars, like Viola Davis (who made history with her nomination this year), Emma Stone, and Natalie Portman (both Vanity Fair cover stars) will be receiving.

While some of the goodies found in the bag (named “Everyone Wins” and collectively worth more than $100,000) seem sort of… basic (there’s a Total Hydration Chap Stick [$3], for instance, Dandi underarm patches [$8, approx.] for sweat, and a 64-count box of Crayolas with a custom cover that includes the guest’s name and photo worth $13), there’s also PLENTY of luxury to be found, particularly in the travel department.

Celebs will be able to jet-set off for a three-day mansion stay at Calfornia’s Lost Coast Ranch mansion (the bag’s most expensive gift), and there’s also a five-night, six-day stay at Koloa Landing Resort in Hawaii, a three-night stay at Grand Hotel Tremezzo in Lake Como, a week-long stay at the Golden Door Spa in Cali (priced at $8,850), AND a three-night stay at the Grand Hotel Excelsior Vittoria in Italy. And the craziest part is? As the bag’s distinctive assets founder, Lash Fary, told INSIDER, only 10 percent of those trips will ever be redeemed. (Uhhhh, can we go in their place!?)

The bag’s wildest items, however, have nothing to do with trips.

First, we have the CPR Anytime Kit ($39), because apparently actors shouldn’t simply PLAY heroes in the movies — they should be able to back it up! Then, there’s the board game “Watch Ya’ Mouth” ($20), (you know, for nights that Kristen Bell and Dax Shepard get totally tired of playing Settlers of Catan after the Golden Globes) and SweetCheeks Cellulite Massage Mats ($99).

But the craziest item of all? The Elvie Pelvic Floor Exerciser ($199) and app. Also included in Goop’s 2016 holiday gift guide, this bad boy tracks the strength of your vaginal walls via Bluetooth after being inserted like a tampon. The accompanying app is also there to coach you through exercises to make them even stronger, five minutes at a time.

Well, now we’ve heard of everything.

What item are you most jealous of in the swag bag? Clue us in over @BritandCo.

Nicole Briese
Nicole is the weekend editor for Brit + Co who loves bringing you all the latest buzz. When she's not busy typing away into the wee hours, you can usually find her canoodling with her fur babies, rooting around in a bookstore, or rocking out at a concert of some sort (Guns N' Roses forever!). Check out all her latest musings and past work at nicolebjean.com.
Oscars
Pop Culture
Oscars