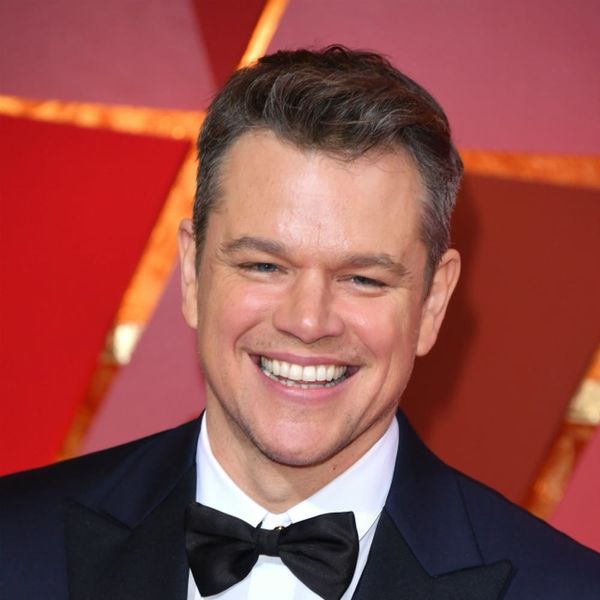 The 2017 Oscars are going to be remembered for many reasons: from the insane surprise ending to one of the best red carpets we’ve ever seen. Throughout it all, Jimmy Kimmel proved to be an excellent host, effortlessly melding comedy and politics (with the help of his hilarious comedienne wife) together as one. One of the night’s best jokes, however, came from his long-running “feud” with actor Matt Damon. Throughout the whole evening, Kimmel couldn’t stop trolling his best frenemy, with Damon taking it all in stride.

During the opening monologue, for instance, Kimmel called out Damon for making The Great Wall after giving away a role to Casey Affleck in Manchester by the Sea. “He handed what turned out to be an Oscar-caliber role over to his friend and made a Chinese ponytail movie instead,” joked Kimmel. “And that movie, The Great Wall, went on to lose $80 million. Smooth move, stupid!”

Kimmel then went on to do a “mock my favorite movie” moment, as other celebs had done throughout the night, targeting Damon’s flick We Bought a Zoo, with Damon later exclaiming, “I liked that movie!”

.@jimmykimmel honors a film that inspired him, 'We Bought A Zoo' with Matt Damon. #Oscars pic.twitter.com/FcVVTDUOdO

Immediately after the video send-up, Damon took the stage with BFF Ben Affleck to announce the best original screenplay award (that they now give out every year). Kimmel made his feelings about Damon be known when he led the orchestra in loudly playing over him each and every time he began to speak.

.@jimmykimmel tells Matt Damon to wrap it up. #Oscars pic.twitter.com/9tCgi67EN1

But Jimmy wasn’t the only one throwing jabs. Matt was able to stand his ground at least at one point in the evening, when he innocently stared up at Kimmel after the host was tripped, which had the internet roaring with laughter.

While we know these two actually do really like each other, we’re kinda hoping this fake feud never ends.

What was your favorite Matt Damon moment at this year’s Oscars? Tell us @BritandCo!