Why Canada Is the Most Underrated Destination for Your Summer Vacation 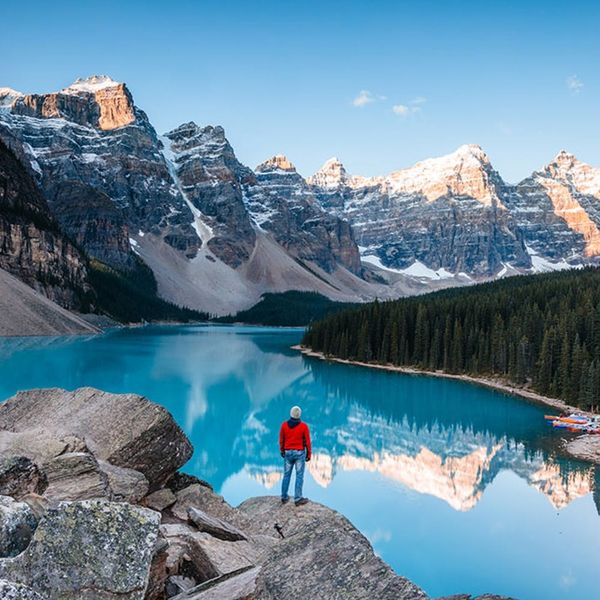 My grandmother once told me that after spending summers in Georgian Bay where the fish was so fresh, she could never eat seafood again. Forget that Georgian Bay is a lake, and we were on the ocean in Rhode Island; my grandmother had a point (as always). It seemed that New England (and American summers in general) could never measure up to Canada. And even celebrities agree: None other than Cindy Crawford was profiled in Vogue for her home on Georgian Bay in the town of Muskoka.

Not only do Canadians vacation better than Americans (they’re more successful at detaching from their phones), but they also apparently have less crowded, hidden destinations we hardly know exist. Well, the secret is out now. From the Rockies in Banff National Park to the beaches of Prince Edward Island, read on for why our neighbor to the north should be on your summer bucket list.

These evergreen islands are reminiscent of the northern coast of Maine, with many only accessible by boat. The 30,000 Islands region, an UNESCO designated area, is on Georgian Bay, which is the northeastern arm of Michigan’s Lake Huron. Camping enthusiasts should pitch a tent at Cyprus Lake in Bruce Peninsula National Park, and all travelers should explore the clear blue caves and jump off the cliffs at Indian Head Cove and the Grotto. Maybe if you’re lucky, you’ll run into Cindy Crawford’s daughter Kaia Gerber, and she’ll invite you to dinner later at her house.

We’re all about chasing the Midnight Sun in Scandinavia, but why not look closer to home for that late-night sunshine? Alberta, Canada, is home to the longest summer days of any major city on the continent, with the sun’s rays shining past 10pm. What better conditions to go to the Chasing Summer Festival, the largest EDM festival in Western Canada that you’ve probably never heard of — and why not be the first of your friends to attend?

: This is one destination in Alberta you probably have heard about or at least seen on Instagram: Lake Louise and the Canadian Rockies. With water so blue, who needs the Caribbean? Or the trendy Blue Lagoon in Iceland for that matter? Moraine Lake is best observed at sunrise; spend the rest of the day hiking and kayaking in the Canadian wilderness.

This island on Canada’s East Coast puts American seaside towns to shame. A rocky coast and boring white sand pale in comparison to the Red Sands Shore on Prince Edward Island (PEI), which paints the beach a fiery orangey-red. Get out on the water with Atlantic Sailing PEI, and you just might see orcas on your expedition. And don’t forget to nosh on the namesake mussels at Blue Mussel Cafe — the shellfish here is famous for a reason. The Fall Flavours Festival (August 31-September 30) celebrates PEI food and traditions through various events across the island — enjoy a unique dining experience with a celebrity chef, sample craft beers, or harvest your own clams (and dinner) on the beach.

Calgary might be the place for EDM, but Edmonton is where to go for folk music, and you can catch the Decemberists this August at the Edmonton Folk Festival. If you’re more in the mood for an active vacation (though dancing at a concert certainly is a workout), go on a canoe ride on the North Saskatchewan River or an e-biking (electric bicycle) excursion through the River Valley with eValley Tours.
Katherine Parker-Magyar
Katherine is a freelance writer focusing on travel, culture, lifestyle, and politics. Her work has appeared in The Week, Tasting Table, Elite Daily, POPSUGAR, and Electrify, among other publications. She's traveled to all 50 states and 40 countries, but calls New York City home. Follow along on Instagram at @katherineparkermagyar or visit her website at www.katherineparkermagyar.com.
Travel
Travel
Travel Vacation