12 Books That Dish All the Hollywood Dirt 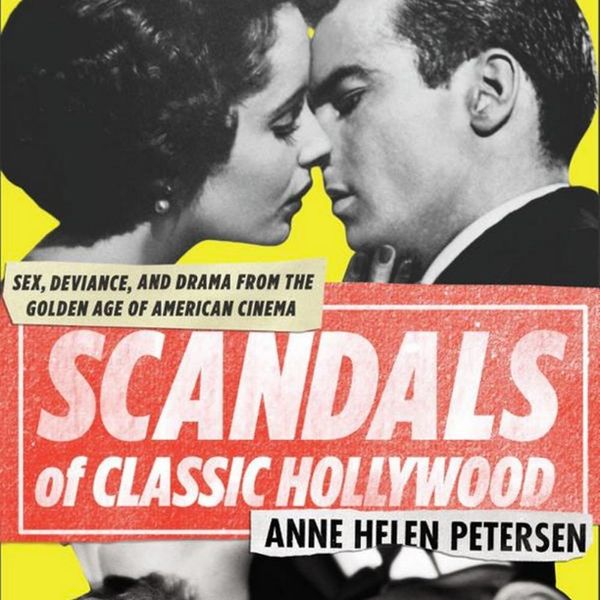 If you eat lunch at your desk while scrolling through PopSugar and Lainey Gossip and your TV is tuned in to E! in the evenings, then you’ll devour these scandalous books. From celebrity assistants spilling their employers’ dirty secrets to an insider’s look at the evolution of the music industry, these books are full of facts that we aren’t typically privy to. They’re the perfect escapism for a long flight or lazy day lounging in the sun.

1. I Didn’t Come Here to Make Friends by Courtney Robertson ($12): Leave it to The Bachelor’s most disliked winner of all time to write the book Bachelor Nation has been waiting for. Robertson spills secrets, including how people get selected to go on the show and exactly what goes on during those overnight “fantasy” dates.

2. You’ll Never Nanny In This Town Again by Suzanne Hansen ($11): Besides assistants, a celebrity’s nanny is the most privy to their darkest secrets. As a professional celeb nanny, Suzanne Hansen knows this better than anyone, and her memoir is a hilarious and dramatic retelling of her experience. You’ll be glad you’re just reading about it and not experiencing it first-hand.

3. There Goes Gravity by Lisa Robinson ($11): Journalist Lisa Robinson has been covering the music scene since the ’70s, and she’s interviewed everyone from Lou Reed to The Rolling Stones, Lady Gaga and Jay-Z. Many celebrities don’t even see her as a journalist — they count her as a friend. If you are at all interested in finding out how the music scene has evolved over time, her mesmerizing memoir is a must-read.

4. Scandals Of Classic Hollywood by Anne Helen Peterson ($20): In the celebrity and tech-obsessed culture of today, the rich and famous know that someone’s camera phone could easily be recording their every move. But back in the ’40s and ’50s, Hollywood was a playground where young starlets and heartthrobs could go wild and not get caught. Scandals Of Classic Hollywood reveals some of the shocking circumstances that celebrities such as Clara Bow and Mae West found themselves in. It’s a juicy read that will transport you back in time.

5. The History of Rock ‘n’ Roll in Ten Songs by Griel Marcus ($21): Instead of giving a sweeping overview of the whole history of music, Griel Marcus provides a close-up look at 10 songs, including hits by Etta James, Buddy Holly, The Sex Pistols and Beyoncé. Marcus makes the bold case that the songs he’s chosen contain the whole DNA of rock ‘n’ roll, and all other songs are a byproduct of that. Foolish? Maybe. But it doesn’t make this book any less fun to read.

6. Going Off Script by Giuliana Rancic ($16): Speaking of E!, beloved E! News anchor Giuliana Rancic released a tell-all last month, sharing how she got the dream job of rubbing shoulders with every A-lister imaginable, along with the cringeworthy mistakes she’s made along the way. The book also has a serious side, detailing her struggles with breast cancer and battling infertility. Reading the book is like getting an overdue phone call from an old friend — a friend who happens to get to talk to George Clooney on a regular basis.

7. Of All the Gin Joints by Mark Bailey ($16): Mark Bailey exposes some of the best alcohol-soaked stories of classic Hollywood in this fun read. Similar to in Scandals of Classic Hollywood, it’s full of tales about starlets gone wild. He tells stories you won’t be able to resist passing along to your friends, like when Elizabeth Taylor drunkenly jumped into a public fountain.

8. Hollywood Myths by Joe Williams ($17): Veteran Hollywood film critic and reporter Joe Williams starts with stories about Charlie Chaplin and ends with tales about Brad Pitt and Marilyn Monroe. His book shows how some of today’s biggest stars rely on false rumors to catapult them to fame. After reading, you might not believe everything you see on E! anymore.

9. Pharrell: Places and Spaces I’ve Been by Pharrell Williams ($37): You don’t become friends with Kanye West, Jay-Z and pretty much everyone on the Top 100 charts without collecting some pretty insane stories along the way. Pharrell spills plenty about his N.E.R.D. days, how he expanded beyond music to the fashion industry and his menstorship of today’s hottest artists. If you’re a Pharrell fan, we can pretty much guarantee that this book will make you “happy.”

10. Where’s My F*cking Latte? by Mark Yoshimoto Nemcoff ($7): No one has a treasure trove of secrets quite like a someone on the payroll. The book weaves together true, gasp-worthy and tragic stories from various celebrity assistants. But don’t worry, there’s plenty of laugh-out-loud moments in there too.

11. The Hollywood Book Of Extravagance by James Robert Parish ($16): Reading this book is like binge-watching Lifestyles of the Rich & Famous on VH1: It’s mindlessly fantastic. Tucked inside are stories about Paris Hilton, Jude Law, Madonna and other boldfaced names, along with their shameless spending habits and lust for over-the-top luxury.

12. Yesterday, Today, Tomorrow by Sophia Loren ($21): This book isn’t out for another two weeks, but we seriously can’t wait to read all about Sophia’s electric chemistry with screen stars and her rags-to-riches rise to fame.

Emily Laurence
Emily is a contributing writer for Brit + Co and former teen magazine editor. She lives in New York City, where she's on a mission to find the most delicious mocha in the East Village.
Books
Home News
Books