The Foods Pinterest Says *You* Are Pinning May Surprise You 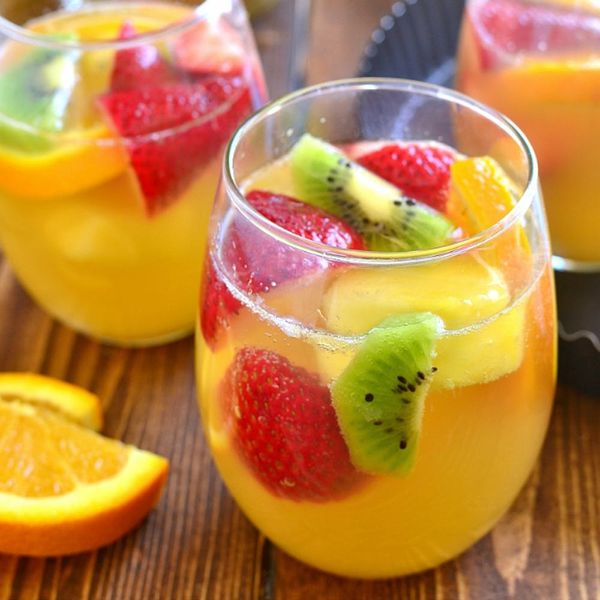 Californians are LOVING their figs, New Yorkers their falafel, and those PAR-TAY peeps of New Hampshire their boozy peach schnapps. Believe it, peeps! The numbers nerds at Pinterest have dipped into their state-of-the-art data center to tell us what EVERYONE is pinning, state by state, and the results may surprise you. But in fact, the *most-pinned* stats totally echo the trends we’ve been seeing over past months, including boozy drinks, Mexican cuisine, healthy bites, and sweet treats. Here’s a look at some of the highlights:

Everyone enjoys the well-placed cocktail now and then, but some folks are taking it to the next level, with hybrids like epic boozy shakes and sundaes, wine slushies, dessert shots, and red-wine recipes. According to Pinterest data, New Jersey is pinning sangria recipes, New Hampshire is shaking up the martinis, and Pennsylvania is digging Peach Schnapps. (Recipe + Image via Lemontree Dwelling )

Mexican cuisine isn’t just for Cinco de Mayo, as we all well know. From crazy taco diets to spicy enchilada entrees to outrageous guacamole dips, peeps are going pin-happy over the picanté flavors of Mexico. Texans are stuffing avocados with taco trimmings. Oklahoma can’t get enough of taco soups. Colorado HEARTS carnitas big time and Arizona is cooking with chiles galore. Kansas can’t get enough of chicken enchilada recipes, while in New Mexico it’s empanadas all the way. (Recipe + Image via Foodie Crush)

With the continued interest this year in clean eating, Whole30, and other macro diets, it’s not surprising to see trends like zoodles, macro bowls, and matcha still dominating. Hawaii loves matcha, but in California they’re pinning figs, while Massachusetts is devouring butternut squash. Minnesota is ogling broccoli salads, Virginians are swooning over smoothie bowls, but in Vermont it’s all about beets. Wyoming is rolling in energy bites 24/7, while Idaho peeps are canning their own homegrown fruits and veggies. (Recipe + Image via Will Cook for Friends)

Some of the most mouthwatering trends are a real sweet-tooth bonanza, from vegan donut concoctions to cotton candy ice creams to macaronut mashups. So it’s not surprising to see pinners gorging their boards with sweet treats. Rhode Island is enamored with flower cupcakes, while in Nevada it’s all about cake pops. Ohio adores peanut butter brownies and Kentucky loves peanut butter fudge, but for West Virginians pumpkin desserts rule. Connecticut can’t get enough cannoli, Maine is digging donuts, and Montana’s scoring scones, while in Michigan it’s all about no-bake cookies. Missouri loves their cheesecake dip, North Carolina is begging for banana pudding recipes, North Dakota is whipping up oatmeal bars and Alabama is pinning the pound cakes. South Carolina is hooked on red velvet cupcakes, while in Wisconsin, it’s ALL puppy chow ALL THE TIME. (Recipe + Image via Avalon Cakes School)

To dig deeper into these food trends state-by-state, check out PInterest’s *Foodnited States* board.

Sally Jones
Sally Jones is a writer and editor living in New York City. She has worked at many websites including iVillage, Ladies Home Journal, More, Parenting, Cosmopolitan, The Knot and YourTango, in jobs ranging from editor to COO. Renovation and interior design are her unhealthy obsessions hobbies. She has renovated every home she's lived in, including the rentals, and like... whoa, who does that? You can catch her at her blog Renov8or.
Food Recipes Roundups
Recipes
Food Recipes Roundups Food Trends Pinterest
The Conversation
Reviews:
More From Recipes