Could the Royal Christmas Card Hold a Clue About the Sex of Kate Middleton’s Baby? 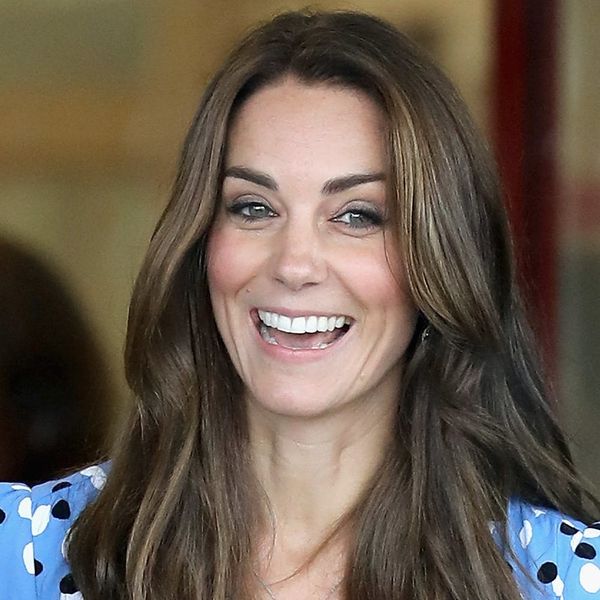 Prince William and Kate Middleton made our morning with their adorable family Christmas card for 2017. It features Prince William, the Duchess of Cambridge, Prince George, and Princess Charlotte smiling wide as they posed for photographer Chris Jackson, but there’s one detail in particular that eagle-eyed fans couldn’t help but notice: the color scheme.

Though it was noted by the Royal family that the shot was taken earlier this year, it didn’t stop followers from speculating about whether or not the lovely shade of blue the family chose for the shot might be a not-so-secret hint that she’s expecting another baby boy come April.

I wonder if all the blue is a sign that she's having a boy? 🤔

I just wish it was more recent pic of the fam w/Duchess being pregnant showing a little baby bump in the pic would have been adorable. All the reports keep saying ”blue" was the theme…is that a hint that the new arrival is a boy? Or maybe they just like the color blue!

The photo’s Instagram post was flooded with similar comments, reading, “The Duchess [wears blue] around the time [she hits] four months of pregnancy, for me, that is a hint,” and “That’s a lot of blue. Are they announcing a boy?”

As it turns out, there might be another reason for the color choice. Middleton’s suit, designed by Catherine Walker, is actually not unlike those worn by Princess Diana, who was also a fan of Walker, in her day.

The ensembles are also ones the family has worn before. Middleton was photographed wearing the same suit during an appearance in the Netherlands back in 2016, while Prince George was shot wearing the same adorable outfit for his official fourth birthday portrait, which was released back in July and taken at the end of June. As for Princess Charlotte, she was snapped in HER blue ensemble while exiting a plane in Berlin.

The Duke and Duchess are delighted to share a new official portrait of Prince George to mark His Royal Highness's fourth birthday tomorrow 🎈The photograph was taken at Kensington Palace at the end of June by Chris Jackson. The Duke and Duchess are very pleased to share this lovely picture as they celebrate Prince George's fourth birthday, and would like to thank everyone for all of the kind messages they have received.

While it’s not the first time Middleton, 35, has been photographed wearing shades of blue since since announcing her pregnancy (you might recall her gorgeous ice blue gown that reminded us of Queen Elsa from Frozen last month and the light blue Temperley London sheath she wore for her first public appearance post-pregnancy announcement back in October), she’s also worn shades of pink, like the Orla Kiely frock she donned for her second appearance.

In conclusion? It’s likely much ado about nothing, but it’s still fun to speculate over, no?

Do you think the photo acts as a sex reveal? Let us know @BritandCo!

Arielle Tschinkel
Arielle Tschinkel is a pop culture junkie who went to NYU because the Olsen twins went to NYU (really). She is a freelance writer whose work has also been featured on HelloGiggles, Refinery29, SheKnows, Bustle, Hollywood.com, and many others; and she's living her dream one Britney Spears GIF at a time. Follow her on Twitter @mrstschinkel or visit her website at arielletschinkel.com.
Baby
Celeb Style
Baby Celebrities Celebrity Baby Celebrity Style Royal Family
More From Celeb Style