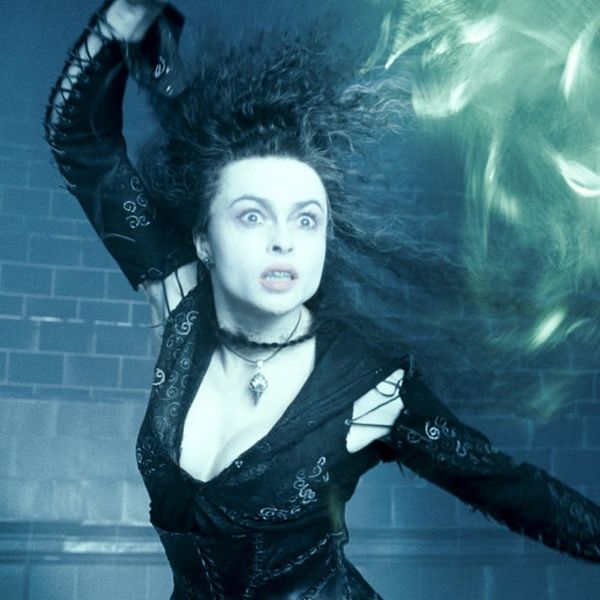 What if a slew of famed TV and film witches’ characters and actions were influenced by the 12 zodiac signs? What if those zodiac traits helped you to choose the best witch costume for your zodiac sign? Luckily, we’ve looked among the stars to pair up a few of the best and baddest witches with their most likely zodiac sign to give your witch costume an enchanting edge. Look no further, as famed witches, zodiac signs and Halloween costumes ideas collide below.

1. Professor Minerva McGonagall, Harry Potter: Professor Minerva McGonagall of the famed Harry Potter series is the definition of an Aries. She is the no-nonsense yet brilliant, courageous and level-headed Professor at Hogwarts and Head of Gryffindor House. As a true Aries, she accepts leadership roles with pleasure and stays loyal to those who matter most. Take these Aries-related cues from McGonagall when dressing as her for All Hallow’s Eve, but remember, it’s okay to crack a smile. (Photo via Warner Bros.)

2. Hermione Granger, Harry Potter: Perhaps one of the most famous good (and wicked smart) witches is Hermione Granger. Throughout the Harry Potter books and films, Hermione proved that she is dependable, patient, loyal, fiercely stubborn and a bit possessive — all similar traits of Taureans. You too can carry your head high when slipping into Hermione’s wizard robes for a round of cauldron cakes and butterbeer at your much-anticipated Halloween party. (Photo via Warner Bros.)

3. Sabrina Spellman, Sabrina the Teenage Witch: Are you a Gemini? Then you’re a Sabrina from the ’90s show, Sabrina the Teenage Witch. How can we forget Sabrina’s attempt to balance school, boys, high school and, yeah, being a witch at the age of 16? There’s no argument that Sabrina did so with poise, kindness and affection. These are traits that Geminis possess too, along with a craving for curiosity and the dislike of being confined to a routine. Keep Sabrina’s curiosity present when going as her for Halloween. A simple LBD, a ’90s choker and black kitty sidekick will do. (Photo via WB)

4. Queen Ravenna, Snow White and the Huntsman: Cancers are fierce by nature, as is astrological witch-match Queen Ravenna. You’ll recall her stoic character from Snow White and the Huntsman as she clings to prior events that occurred in her kingdom, which she allows to influence how she lives her life and how she rules her kingdom. Typically, Cancers do not consume human hearts (like Queen Ravenna), but they are commemorated for being protective and a bit overemotional. (Photo via Universal Pictures)

5. The White Queen, The Chronicles of Narnia: Grab a faux fur coat, ice crown and go! The White Queen of the book/film The Chronicles of Narnia: The Lion, the Witch, and the Wardrobe is your go-to Leo. Like the traits of most Leos, she proves to be inflexible, as she allows Narnia to stay in a frozen tundra state for decades until she gets what she wants. In true Leo fashion, her fashion sense is spot on and she has a keen eye for style. If you don’t win the best costume for your ice-queen attempts, there is always the option to turn the judges into stone. (Photo via Disney)

6. Willow, Buffy the Vampire Slayer: Virgos love to love Willow from Buffy the Vampire Slayer. While she has no issue kicking vampire booty, Willow is an animal lover and a tad shy when she’s not performing her witch duties. Like most Virgos, Willow is practical and kind, but won’t tolerate rudeness from any human or beast. Virgos, take a cue from Willow when haunting for Halloween treats and leave your shyness back at the graveyard. (Photo via 20th Century Fox Television)

7. Maleficent, Maleficent: All you need is attitude, red lips, killer cheekbone prosthetics and a pair of horns to dress as Maleficent for your Libra-inspired costume. In the movie, Maleficent (played by Angelina Jolie) is haunted by the cruel acts of her past, as she was ripped (literally) of her fairy wings as a child. Channel Maleficent’s personal pain and fighting Libra spirit when chatting with your fellow witches around the cauldron party punch bowl. (Photo via Disney)

8. Wicked Witch of the West, Wizard of Oz: Scorpios, you too can be a mean green Halloween bewitching machine by dressing up as the Wicked Witch of the West. Call upon your Scorpio traits of being quick, cunning and a bit vindictive when you adorn your pointy black hat and cape before mounting your broom. While this Wicked Witch may be green with envy, you’ll just be green for the evening. Hopefully. (Photo via MGM)

9. Winifred Sanderson, Hocus Pocus: Winnie from Hocus Pocus may not have been the beauty among her three sisters, but surely, she was the brains behind the cauldron. Imagine going as Winnie (a classic Sagittarius) this Halloween. Just be clever and meticulous yourself and speak your mind to let everyone know that you’re the leader of your coven. Surely, your beautiful Winnie impersonation will be award-winnie-ing! (Photo via Disney)

10. Bellatrix Lestrange, Harry Potter: Bellatrix from the Harry Potter series is the witch you’ll love to dress up as. Her wicked antics are, well, wicked, but are supported by the traits of a Capricorn. Just as Bellatrix has no remorse for the lives she has taken (Sirius Black), Caps can sometimes be apathetic and indifferent. B’s strong personality traits are what makes her a perfect witch costume contender. Get ready to swish, flick and fling your wand as this badass Capricorn-inspired costume. (Photo via Warner Bros.)

11. The Evil Queen, Once Upon a Time: Aquarians, look no further than the Evil Queen from ABC’S Once Upon a Time for your go-to enchantress costume of choice. Like most Aquarians, the Evil Queen lacks emotion and the ability to express compassion at times. Channel your (temporary) viciousness when becoming the Evil Queen for the evening. Like you, she is also fiercely independent and progressive for her storybook time, and neither of you will ever stop fighting for the causes most important to yourselves. In her case, that’s having Evil trump Good, but we know it’s all about scoring the most candy corn for you! (Photo via ABC)

12. Ursula, The Little Mermaid: Hey, Pisces peeps! Ursula, the sea witch from The Little Mermaid, is most definitely a Pisces, and not just because she lives under the sea. She may have awesome tentacles and musical abilities, but she’s also a bit delusional. Most Pisces want to escape their own reality, just like Ursula wants to use Ariel to take over King Trident’s throne. This sea witch is a bit off her seashells, so she unfortunately never tapped into the more redeeming Pisces qualities of empathy and selflessness. You can change that, however, this Halloween — it’s time to turn over a new set of shells. (Photo via Disney)