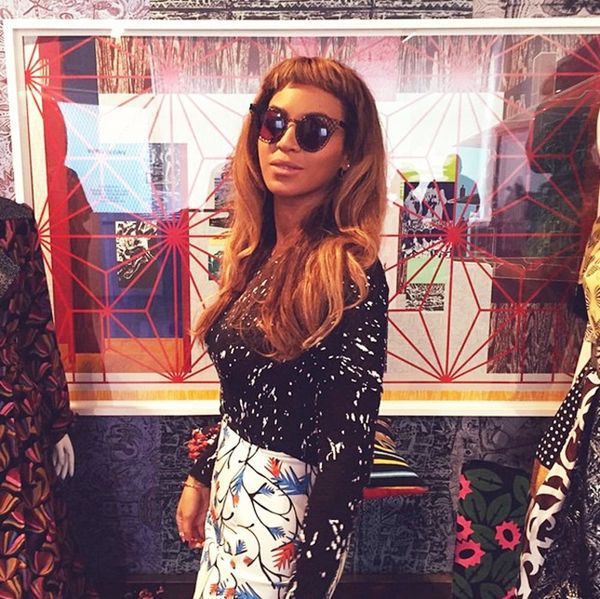 Like an extension of our personality, our hair speaks to what we’re diggin’ at the moment. Whether we’re channeling an edgy ‘tude, glam and glitter, boho chic or retro locks, we’ve got to roll with the times. We’ve already got you on-trend with the latest hair colors and styles, so now we’re turning to celebs for haircut inspo to to take your tresses from meh to marvelous.

1. Edgy Pixie: Play up your sweet pixie with a hint of edge and playfulness. Have your stylist shorten your back and sides, and then razor cut the top layers to achieve the effortless edge that Kristen Stewart is throwing ‘atcha. (Photo via Jason Merrit/Getty)

2. Straight and Sleek: Long locks are in, and Gwyn’s got it going on in a straight and sleek way. (Photo via Rachel Murray/Getty)

3. Bowl Cut: This retro look is making it big in 2015. Harking back to the days of Vidal Sassoon, Lena Dunham took this versatile look and made it real — platinum real. (via Lena Dunham)

4. Fashion Mullet: Yes, the mullet is having a moment, just ask Rihanna. If you’ve yearned for the business in front, party in back style, then 2015 is your year to rock this iconic ‘do. (Photo via Samir Hussein/Getty)

6. Comb-Over: Go ahead, comb-on-over to the cool side with this look that isn’t reserved solely for Donald Trump. Sweep all your hair to your fave side to master the comb-over style. (Photo via Jason Kempin/Getty)

7. Blunt Midi: Nix the layers like Kendall Jenner and opt for a straight cut with blunt ends to take a mid-length cut to wow-worthy lengths. (Photo via Jason Merrit/Getty)

8. Micro Bangs: People are going bananas over Queen Bey’s banging micro bangs. Go ahead and commit to the hack. (via Beyonce)

10. Modern ’70s Fringe: Shake it up like Taylor with feathery layers made famous by Farrah Fawcett. (Photo via Brad Barket/Getty)

What cut are you taking to your stylist? Post a pic of your new ‘do in the comments here.