Keeping Up With the Kardashians Recap: Carry My Kid, Khloé! 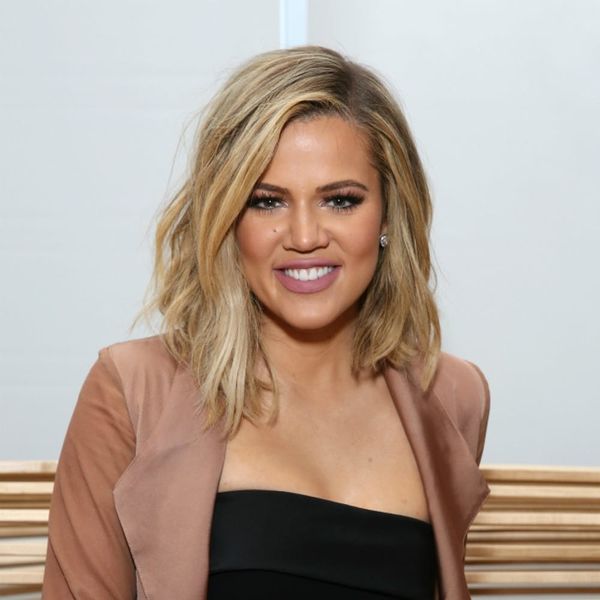 It’s no surprise that fragile Kim would ask Season 13 MVP Khloé to carry her third child on this week’s season finale (😭) of Keeping Up With the Kardashians, but will our most stable Kardashian be able to make Kim’s full minivan wishes come true? Khloé may have her own fertility issues to contend with, while Rob’s 30th birthday might be a setback on his journey to happiness and Kourtney struggles to find love at a pinball tournament. Something tells me Kourt is going to be just fine, but let’s see what elaborate scheme Khloé comes up with to convince Kourtney she has a problem.

Rob’s 30th birthday is coming up and Kris wants to rent out Disneyland, but is this what Rob really wants? Both Khloé and life coach Jamel have doubts, with the latter convinced that a Disney trip doesn’t fit on Rob’s enormous Post-it vision board. My own 30th birthday vision board would probably just have a pint of ice cream and a 9:30pm bedtime on it, but I haven’t been through as much as Rob has in the last year. Rob declines to speak up but Kris ends up doing the right thing by having a leprechaun-themed party in a movie theater. I mean, I guess that’s the right thing. He seemed happy; there was no Blac Chyna, and Khloé had fun Snapchatting the party. Somewhere out there, Rob’s vision board glowed bright green and Jamel said, “My work here has just begun.” Seriously, though, Rob and Jamel Take Planet Fitness was easily my sixth favorite potential spin-off. Don’t be a stranger, Jamel!

Having come to the conclusion that she and Scott are officially never ever EVER getting back together, Kourtney finds herself at a crossroads and ready to find a new guy for fun and maybe more? In true Khloé fashion, convoluted schemes are in store for the oldest Kardashian, but she may not be as awkward and game-free as her younger sisters think. Khloé brings her to a pinball tournament at a friend’s restaurant but doesn’t help Kourtney by cheering her on as she talks to guys.

While sparks don’t fly with any of the pinballers, Kourtney goes home with an unearned trophy. Come on, now. Don’t give these girls any more advantages. Later, Kim and Khloé sign her up for a farmers-only dating app because Kourtney once said she wanted to live on a farm. She receives many messages but coyly lets her sisters know that she hooks up with guys and just doesn’t want to tell all the details. Good thing the internet fills in those gaps.

Finally, Kim is ready to grow her family, but after two dangerous pregnancies, it wouldn’t be wise to get pregnant again. She asks Khloé to carry the child for her. Tristan’s on board and Khloé’s kind of on board, but can they actually get a baby on board? At her fertility visit with Dr. Huang, who previously told Kris that her 60-year-old eggs wouldn’t be able to create royal offspring, she discovers that she has a low follicle count for a healthy 32-two-year-old. He suggests that she stop taking birth control so they can see if her hidden ovaries will reveal more follicles. Having faked her way through attempts to get pregnant with troubled ex Lamar, Khloé is concerned that she won’t be able to have children with her much more stable current beau, Tristan Thompson. A nerve-racking follow-up visit ends with good news: Khloé’s got mad follicles and she’s about to ovulate during a vacation with Tristan. “I’m like the f*****g Easter Bunny!” she says with relief. The harrowing experience may have given her serious baby fever. What naming scheme will Khloé come up with if she and Tristan get pregnant? I’m going for True Thompson for a girl and Total Thompson for a boy.

That’s a wrap for a VERY EMOTIONAL season of Keeping Up With the Kardashians. Only eight weeks until we see the real Kylie Jenner on Life of Kylie. Spoiler alert: She’s nothing like us.