15 of the Most Creative Raspberry Pi Projects 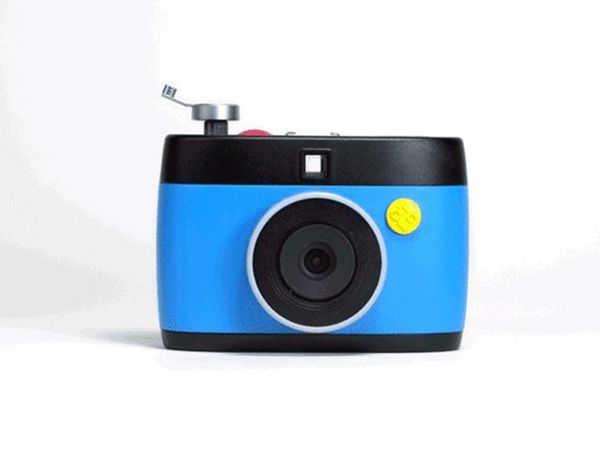 Raspberry Pi sounds almost good enough to eat, but this kind of pi dishes up a different batch of recipes. Known as the little computer that could, Raspberry Pi was developed in the UK to get kids interested in computing. Loved by tinkerers everywhere, the affordable, credit-card-sized computer is inspiring creativity around the world. Since it was introduced in 2006, over 3 million units have been sold. The Raspberry Pi can be used to create whatever the mind can imagine, from robots to penguin trackers to garage door openers. Versatility is its expertise, and we’ve found some of the most creative Raspberry Pi projects out there.

1. Hackable GIF Camera: Meet Otto, a Pi-powered camera that takes animated gifs, stills and videos. You see, Otto does everything and more that your phone camera does, like set up an impromptu photo booth, because Otto comes with a variety of modes included in its app. Hand crank your snapshots. Photos are then automatically synced over wifi so you can share them with friends. (via Next Thing Co)

2. Camera Pi: Want to make all your photog pals jelly? Embed your DSLR with a tiny Ras Pi, and your camera will have a “superpower” mode. By embedding that little computer into your DSLR you can wirelessly transmit photos to your PC or tablet; remote control the camera using a PC, tablet or smartphone from anywhere in the world; and even snap a pic every few seconds to capture time-lapse sequences. Want to give your DSLR superpowers? Follow these configurations. They’re easy as pi. (via David Hunt Photography)

3. Magpi Radio: It’s Twitter reformatted as a radio, right down to the aesthetics: The radio takes the shape of little bird. Invented as a physical manifestation of a piece of software, Magpi Radio uses text-to-speech to read tweets coming in from various channels. As you click through channels, the beak changes color. Press the knob on the right and the beak will favorite the last tweet and respond by pulsing a red light. (via Ada Fruit)

4. Pye Radio: If you’re all twittered out from hearing tweets all day, switch over to Pye Radio. Your run-of-the-mill vintage 1960s-style radio can now become a wireless Internet radio with a little help from Raspberry Pi. (via Hackaday)

5. Chatter Smartphone: Who says old toys aren’t any fun? When hacked into a smartphone, the Fisher Price toy phone is a wee bit more interactive, especially for today’s tech savvy kids. The phone’s rotary dial provides the input and sound comes from the phone’s speakers. (Did you know the newer models play clips from Toy Story?) A motor was added to control the googly eyes. The phone can be set to deliver any info you want… for reals, anything, from weather information to cinema listings. The code is provided so you can adapt the phone to your own needs. (via Grant Gibson)

6. Pi-Wave: A microwave redesign so clever that the designer even makes raspberry pie in his Raspberry Pi-powered microwave (so meta). Check it: The microwave can be controlled by your voice, can gather cooking instructions using a barcode scanner, can be controlled via your phone and, if that wasn’t enough, it can send a tweet after it finishes cooking something. (via Made by Nathan)

7. Magic Mirror: “Mirror, mirror on the wall…” Go ahead ask it what you want, because it will answer. With one-way-mirror glass mounted over a flat display device, outputting white text on a black background (temperature, time, notes and things like, “Hey, handsome!”), this is one mirror that truly is magical. (via Michael Teeuw)

8. Automatic Drawing Machine: Move over Picasso. Black Stripes is making some new strokes! Black Stripes is a design drone that turns full-color photographs into huge, one-of-a-kind, black-and-white murals. The code is closed sourced but you can order your very own, unique print for around $200. (via Black Stripe)

9. Home Automation Control: When Siri and Raspberry Pi collide, your lights turn on, the garage door opens and your security device is monitored. You can make your own home automation control with a Raspberry Pi and help from the creator, Elvis Impersonator’s configuration. (via You Tube)

10. H2O IQ: Inspired by water shortages and drought in California and Israel, this Raspberry Pi water conservation gardening tool turns your garden into a smartgarden. The system allows gardeners to water their plants efficiently no matter where they are. Don’t worry if you don’t have a green thumb; the H20 IQ will monitor the moisture intake of your plants and set a drip irrigation system to automatically water them — no guesswork, just perfect growing conditions. (via Raised by Savages)

11. Wall Mounted Google Calendar: Want to get techy? Take your Google calendar to the wall and forgo that paper calendar with photos of cute kittens. To tackle this project, arm yourself with a Raspberry Pi, monitor and these instructions! (via Instructables)

12. Dicta-teacher: Developed by a pair of students to put braille within reach of all visually impaired people, this device makes learning braille intuitive by pairing a mobile app and Raspberry Pi hardware together to convert speech into braille. (via Project Mudra photo Twitter)

13. NaCade: If you yearn for the golden age of Pac-Man, Pong or Pinball arcade games, you’re in luck. Now you can bring them back to life with this portable arcade gadget. (via Instructables)

14. Pi-Rex: No, this is not your Grandmother’s Tupperware. This is a gadget for Fido. Introducing the lazy man’s door opener, a bark-activated door-opening system powered by Raspberry Pi and Fido’s bark. (via David Hunt Photography)

15. MouseAir 2.0: Behold the ultimate cat toy: A Raspberry Pi powered mouse launcher! The MouseAir 2.0 knows when your feline is ready to play by sensing the kitty and loading a nice, furry mouse into the launchpad and firing it into the air for kitty to attack. In case you’re not home to watch a bit of cat and mouse, there’s a built in pi cam to document all the action. (via SwitchDoc Labs)

Have some Raspberry Pi recipes stirring around in your brain? Share your best Pi projects in the comments below.

Michelle Swift
Michelle Swift is a freelance writer and blogs on michelleswift.com. She has an affinity for running, culinary eats, travel and sparkly gold things. People and adventure light her up like a hot pink neon sign!
Tech