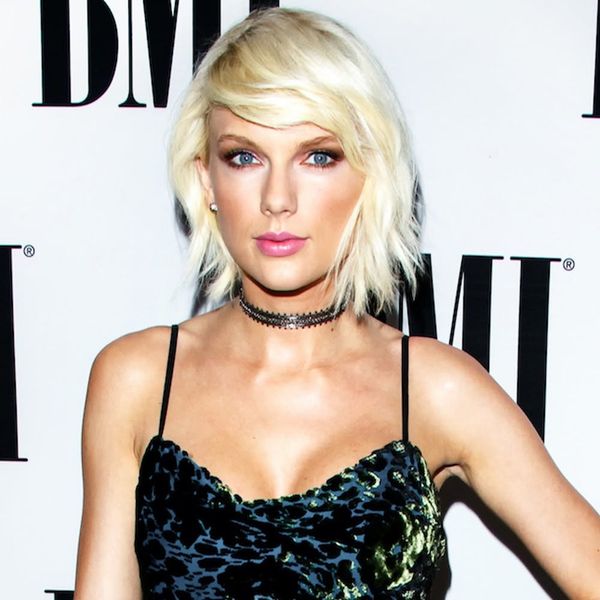 Taylor Swift has had *quite* the year, and with the recent secret-spilling by Watch What Happens Live!‘s Andy Cohen about a shady moment he shared with Tay, it looks like the drama might not be over just yet.

But with all the distracting drama of #ReceiptGate and her relationshipwoes this year (never even MIND the legit awful stalker sitch and sexual assault lawsuit), it was easy to overlook the very thing that we loved about Tay in the first place — her music. While fans speculated (see: hoped) that October would see a surprise album release, it came and went with nothing. And there’s been no info on new music from Taylor to date — until now.

It seemed for a minute like a return to her country roots was inevitable, but then Drake posted a photo of him and Taylor working together in the studio. The pic simultaneously put to bed rumors that their recent time spent together meant that they were dating, and made fans think, “WTF?!”

And maybe with good cause: The Sun is reporting that the photo might mean there’ll be a hip-hop and R&B edge to Taylor’s new album. “Taylor is always looking at ways to grow as an artist and really wants to try something different and unexpected for the next album,” a source said. “She’s not afraid of experimenting so is working with a lot of different faces to see if she suits a new sound.” The source went on to describe the sound experiments so far as “a real mix of edgier hip-hop and R&B sounds.”

Taylor’s made a seamless transition from country to slick top 40 anthems, and while her rap-singing on “Shake It Off” and the video’s controversial imagery came under fire in the past, the success of her “Bad Blood” remix with Kendrick Lamar means that she might make this transition more smoothly than we think. Either way, Tay, it’s time for new music.

What do you think of Tay’s potential new sound? Let us know over @BritandCo!