Why Tonight’s Grammy Awards Will Make the Entire Country Weep 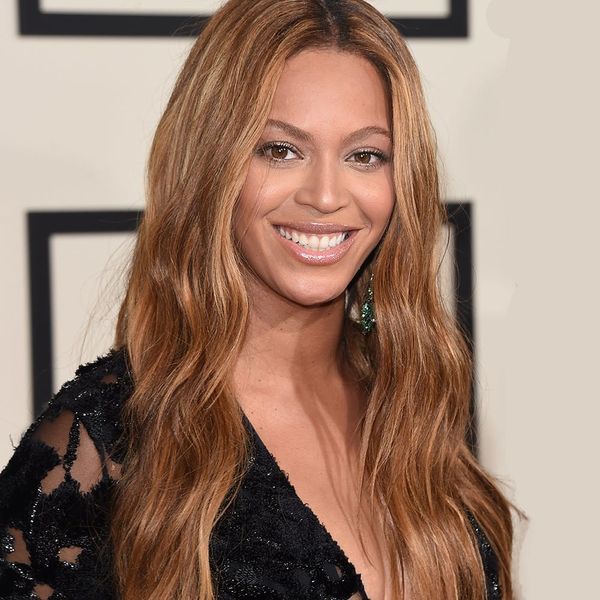 We’re just hours away from tonight’s Grammy Awards (which are set to air on CBS at 8pm/7c), and we’re busy putting the finishing touches on our Beyoncé-themed viewing party, drooling over the celeb swag bag goodies and reliving the 20 most memorable red carpet looks of all time. We’re also stocking up on plenty of tissues, ’cause rumor has it there will be plenty of epic, heartwarming show moments in store for tonight, and trust us when we say these tearjerkers will make the whole country cry.

For starters, there will be Queen Bey’s performance. While some are speculating we’ll see yet another ode to her twins, given the current political climate and Bey’s huge presence on the campaign trail, it wouldn’t be at all surprising to see her use her time on stage to send a strong message to President Trump. She’s stood up for victims of racism, police brutality and more on her tour, and the Grammy stage seems like the perfect place for her to continue sharing her message of empowerment.

In addition to her #GirlBoss moment, others are also speculating that Bey might be involved in a heartwarming tribute to Prince. As Racked points out, the two HAVE performed together on the Grammy stage before and a Prince tribute HAS been confirmed for tonight, so really, it sort of would make sense, wouldn’t it?

★ ALBUM RELEASED IN ONE WEEK “I've got Friday on my mind...” Happy New Year, Bowie Freaks! Here’s to an exciting 2016. As well you know, in just seven days (January 8th, his 69th birthday), Bowie will issue the ★ album worldwide. (His 28th studio LP, including the two Tin Machine releases) Visit DavidBowie.com for more. #Blackstar #imablackstar #BlackstarAlbum

Continuing the evening’s somber mood will be a likely posthumous win for the late, great David Bowie whose final record, Black Star, is nominated for Best Alternative Music Album. As TIME points out, “Bowie received only two Grammys during his lifetime, one of which was honorary and the other of which recognized a music video. Bowie’s evolution as an artist is realized in Blackstar‘s haunting, prescient rock and should take home a posthumous award for this.” Yup, we can already sense the tears.

Thank you for the birthday wishes I had a wonderful time! I was my hero x #gottahavefaith pic.twitter.com/FMSPQPUGMD

Last but certainly not least will be Adele’s big comeback moment. Just one year after experiencing some serious tech issues on the same stage, the songstress will be getting up to perform, and while her soulful croonings always have us feeling some kind of way, we’re speculating that she might be giving a tribute to her “hero,” George Michael, who passed away on Christmas Day. Anddddd cue the waterworks.

Between the possibly political Beyoncé performance, a posthumous win by a legend and tributes to numerous music industry greats, this year’s ceremony is shaping up to be a somber (and sobering) one — not to mention the moving speeches we’re bound to hear: (at least if the SAG Awards were any indicator).

Who are you most excited to see at the Grammys tonight? Tweet us @BritandCo.