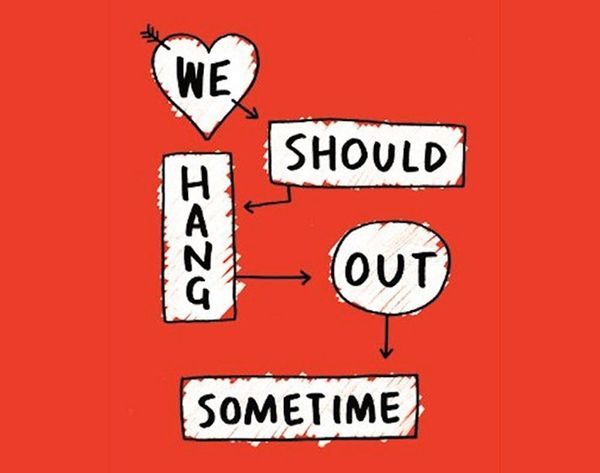 ‘Tis the season to R-E-A-D. Because what better way to spend cold, wintry nights than curled up on the couch with a great book and a steaming hot beverage? If you’re in search of a new book or gift hunting for that special someone, we’ve rounded up quite the collection of December page-turners. From a fascinating memoir about a journalist living in Iran to a crime novel that will have your head spinning, there’s something here to feed everyone’s lit hunger this holiday season.

1. The Lonely War by Nazila Fathi ($19): Book editors — including at Vogue — are already raving about New York Times journalist Nazila Fathi’s new memoir. Fathi uses her personal story of growing up in Iran to educate readers about how the Iranian Revolution has changed the country, and what Iran’s biggest needs are now. By showing how her family was directly affected, it feels far from a history lesson.

2. The Genome by Sergei Lukyanenko ($15): This science fiction mystery novel will keep you guessing from beginning to end. Alex is a former pilot who has been genetically altered to perform specific tasks. The task at hand here: take two aliens on a tour of our human world. Little does he know, greater forces are at work to keep him from succeeding. It may sound kooky, but Lukyanenko’s writing is so good, it works.

3. Ted and I: A Brother’s Memoir by Gerald Hughes ($19): Stop rereading The Bell Jar and dig into this biography, written by Ted Hughes’s brother, Gerald. Hughes reveals what their childhood was like and and how Ted evolved to be a successful poet. There are also many family photographs that haven’t been made public until now.

4. On Such A Full Sea by Chang-Rae Lee ($12): The book praised by Vanity Fair, The Washington Post and more is hitting paperback this month so you can slip it into your carry-on and get lost in its narrative as you travel. Fan is a fish farm diver living in B-Mor, a city formerly known as Baltimore but is now a self-contained labor colony. As Fan travels through crazy-dangerous colonies to a far away village, the road trip leads her to ask big questions about her life and society. There’s nothing like a road trip with meaning, right?

5. Pretty Little Liars #16: Vicious by Sara Shepard ($13): The last Pretty Little Liars book is finally hitting stores this month. Addicts of the series and the show have long been waiting for the conclusion to the series where all their questions will be answered. The Liars know they’ve been framed for a murder and are now facing a trial. Of course plenty of twists and turns happen alongside the trial, making it extra juicy.

6. The Boston Girl by Anita Diamant ($16): If you still feel like your parents don’t understand you, you’ll definitely be able to relate to Addie, a Jewish immigrant who grew up in the early 1900s. Now 85 years old, she tells her 22-year-old granddaughter what life was like for her then, growing up in Boston. Spoiler: mean girls existed in 1915 too. This coming-of-age story is about how one young woman came to find herself through her adventures and misadventures.

7. We Should Hang Out Sometime: Embarrassingly, a True Story by Josh Sundquist ($9): When Paralympian Josh Sundquist finds himself in his mid-twenties without ever having had a girlfriend before, he sets out on a mission to find out why. Is it because of his disability or because he has some sort of personality flaw? This hilarious, heart-warming book is the outcome, and you’ll laugh and cheer Josh on the whole way through. (out December 23)

8. Saving Grace by Jane Green ($12) The queen of chick lit returns with her latest book, which tells the story of a literary power couple who are picture perfect on the outside but are actually hiding behind an elaborate facade. It’s a page-turning novel about secrets and the difficulty of learning who you can and can’t trust. (out December 30)

9. The Queen’s Houses by Alan Titchmarsh ($27): If you’re obsessed with all things royal family, this book will have you hooked. It showcases photos of the various royal homes and includes interviews with the royal staff. See what life is really like inside Windsor Castle, Buckingham Palace and more. (out December 16)

10. The Strange Library by Haruki Murakmi ($11): The author of the wildly popular Colorless Tsukuru Tazaki and His Years of Pilgrimage, Haruki Murakami, charms critics once again with his imaginative writing — this time about a sheep man and two youths who try to leave a really freaky library.

What book are you looking forward to curling up with? Tell us in the comments.

Emily Laurence
Emily is a contributing writer for Brit + Co and former teen magazine editor. She lives in New York City, where she's on a mission to find the most delicious mocha in the East Village.
Home News
More From Home News