Eat This, Not That: Culinary Forecast for 2015 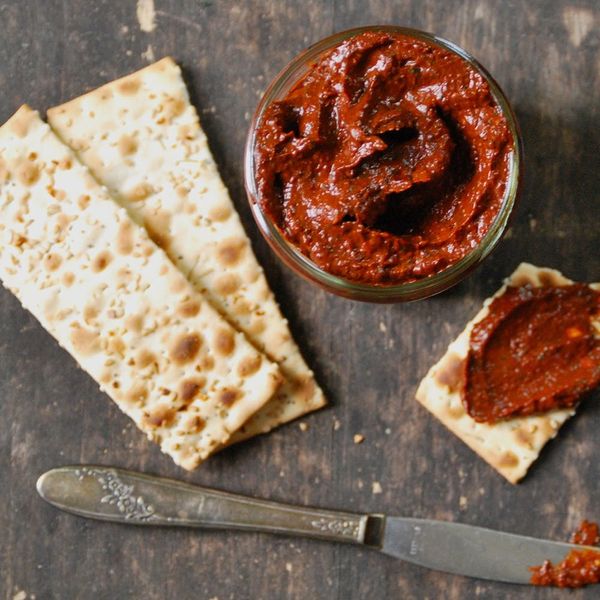 Is your palate prepared for 2015? Laws of food, much like the laws of fashion, can quickly swing in and out of style. One day it’s bacon and joga jeans, while the next, it’s cronuts and micro bangs. We’re calling it now: Back off the quinoa and welcome teff. No more slurping ramen, ’cause it’s all about that bone broth. Want to know more? Come fill your plate with the culinary forecast that we’re dishing out for 2015.

1. Eat Bone Broth, Not Ramen: You’ll be slurpin’ ramen no more, now that the ancient and magical powers of bone broth have hit the streets. If you haven’t brodo-ed yet, mark our words and grab a mug. (Photo via Food Renegade)

2. Eat Teff, Not Quinoa: Bid adieu to quinoa and welcome Ethiopia’s power grain, teff. One serving of this minuscule whole grain packs a punch with a whole lot of nutrition. If you can handle oatmeal, then cooking teff is NBD. With a texture similar to polenta, teff is totally great for breakfast. (Photo via Paula Thomas)

3. Eat Peas, Not Soy: Soy is so out and under some serious scrutiny in light of GMO concerns. Start reading your labels, because the humble pea is the new kid on the block, pumping up the protein factor in bars, cereals, beverages… you name it. (Photo via A Family Feast)

4. Eat Harissa, Not Sriracha: That’s right, Huy Fong Foods’ rooster sauce is taking a break from being the reigning seasoning champ, and North Africa’s harissa is in. Whether you purchase this spicy, red-pepper paste from a store or make it yourself, you’ll be putting it on everything from roasted veggies to grilled meats, French fries or freshly baked bread in 2015. (Photo via Relishing It)

5. Eat ‘Nduja, Not Bacon: Sizzle ya later, bacon. No more salty, bacon chocolate bars or bacon-infused whisky cocktails for you. Instead, you’ll be fixated on Calabria’s spreadable salami, ‘nduja. It’s a tear-jerking taste sensation that’s finding its way into everything from pasta to vinaigrettes. (Photo via Alice Wiegand/Wikipedia)

6. Eat Crawfish, Not Pork Belly: All signs point to our bellies no longer being filled with pork, but with crawfish. Momofuku brought pork belly into the light with their heaping bowls of ramen and steamed pork buns, but now places like Mooncake Foods are slipping crawfish into dumplings. Look for crawdaddies in your soups, salads, burgers, sushi and even your mac + cheese. (Photo via Brit + Co)

8. Eat Stracchino, Not Burrata: Bored with burrata on everything? Say hello to stracchino, Italy’s other creamy, melt-in-your-mouth, butter-like cheese. If you want to be super authentic, try it with Northern Italy’s ancient panigacci and focaccette, otherwise, it’s the perfect accompaniment to pizza, polenta and toast. (Photo via Lew Robertson)

9. Eat Okonomiyaki, Not Cronuts: Cronuts are about to crumble as long as these gooey on the inside, crunchy on the outside, pancake hybrids are in your mouth. As Japanese izakayas have proliferated, so has the okonomiyaki, which translates to “as you like it, grilled.” In Japan, diners select what topping they desire — anything goes, but Kewpie mayo and special sauce are a must. (Photo via Rhidha’s Kitchen)

10. Eat Seaweed, Not Salt: Switch out your salt shaker and heighten your senses with umami-packed seaweed. No longer reserved for sushi, look for seaweed in sauces, soups, salads, poaching broths, tea, risotto and even pudding for its you-can’t-put-your-finger-on-it flavor. (Photo via Tasting Page)

1. Artisan Butchery: Veggies have gone uber-local, so why not meat? You’ll be visiting your local butcher more often this year, where you’ll find more goat and lesser-known cuts of meat, like a Spinalis steak. Restaurants are even beginning to hire in-house butchers. (Photo via Mike Pont/Getty)

2. Cannabis Cuisine: Pot brownies are a thing of the past. In 2015, people will give their body a buzz with legalized cold-brewed coffee, confections, bars and THC-oil-infused simple syrup. (Photo via David McNew/Getty)

3. Local Grains: Freshly milled and locally grown grains are the next level of local. Our dependence on commercially produced breads, flours and pastas are a sacrifice to nutrition and flavor for speed and efficiency. We may even find people milling their own grains at home. (Photo via Sean Gallup/Getty)

4. Old-World Preservation: Fermented foods are here to stay, and if you’re not pickling and preserving your own kimchi or kraut yet, you’re certainly going to find them popping up on restaurant menus. Look out for smoked everything, ’cause this preservation tool isn’t reserved for just meat. We’re talking alternatives like vegetables, butters and even cocktails. (Photo via Mike Coppola/Getty)

5. Charcoal Cooking: Real-deal Asian food is taking over, and with it comes new (to us!) traditional cooking practices to experiment with. Japanese charcoal, also known as binchotan, is kiln-oaked and burns at super-high temps in a clean, odorless and smokeless way, which allows food to be cooked fast while retaining its natural flavors. Look for more sustainable charcoal made from bamboo and coconut shells too. (Photo via Morihata)

6. Insect-Powered Food: Crunchy crickets and flavored worms instead of croutons on your salad? You betcha. Insects are a sustainable source of protein that may seem taboo, but many cultures around the world see these creepy-crawlies as a healthy dose of protein. Startup, edible-insect companies like Exo, Bitty and Six Foods are fortifying protein bars, cookies and chips with insect flours — grasshopper flour pasta could be next. (Photo via Six Foods)

7. Vegetable Yogurt: It may sound bizarre, but vegetable yogurts are going to take over this year. Sure, we’re used to sugar-laden, fruit-flavored yogurts, but creamy beet, carrot, squash and tomato seem to be a natural pairing for tangy yogurt. Just ask Blue Hill. Heck, even Chobani has a hummus-topped yogurt with za’atar and olive oil. (Photo via Blue Hill)

8. Hop-Free Beers: Brewers are taking inspiration from archaic times to concoct hop-free beers that use herbs, spices and other plants to infuse unique flavors. Belly up to the bar and order yourself a mushroom-infused brew. (Photo via Central Market)

1. Appalachian: It’s time to go back to our roots, resurrect the canning sheds and spring houses, utilize the land and reignite the culture and tastes of Appalachia. Look for the 2015 Appalachian Food Summit in order to get a taste of this great mountain culture. You can look forward to crab apple vinegar, sweet potato biscuits with smoked ham, honey butter, fried catfish with tomato gravy, potatoes with foraged ramps and hand pies — lots of hand pies. (Photo via Portland Press Herald)

2. Filipino: Forget everything you know about Asian cuisine, ’cause an influx of true Asian flavor is washing ashore. With bold combinations of sweet, sour and salty flavors, Filipino food is taking the limelight in 2015. Look for popular dishes like Sinigang, a stew of fish, prawns, pork or beef soured by fruits like tamarind and accompanied by vegetables and rice, or Kinilaw, a raw seafood or meat dish dressed in palm coconut vinegar, ginger, chili and spices. (Photo via Big Berto)

3. Korean: Korean may become the next great Seoul food, especially when it comes to street food like fried chicken. If you’ve been getting down with bibimbap and bulgogi, covering everything with gochujang and eating kimchi for breakfast, then we’d say you’re on the right track for trendy eats in 2015. Restaurants may go full-on Korean or sneak in a bit of fusion flavor with Amerikorean — think Korean-spiced burgers and burritos. (Photo via Paleo Leap)

4. Sardinian: The island off Sicily known for long life and good health will find its food and wine going mainstream this year. With a focus on ancient roots and fruits of the earth and sea, it’s all about seafood, freshly baked breads, olives, wine, roasted pig and cheeses. Look for grilled sardines, Mirto cocktails (a Sardinian digestif made from myrtle berries) and Vermentino wine, a light-skinned wine that’s dry, crisp and pretty darn delightful. (Photo via Peter Macdiarmid/Getty)

5. Spanish: Viva España! We’re going to be sipping a lot more sherry and dining on paella this year. Tapas remain synonymous with Spanish cuisine, but get ready to branch out and get your tastebuds ready for some smoky paprika, fluffy omelets, Manchego cheese, Serrano ham, rich sauces, fresh seafood and lots of color. (Photo via Spanish Home Cooking)

What’s on your list of must-try food trends in 2015? Dish ’em out in the comments below.

Michelle Swift
Michelle Swift is a freelance writer and blogs on michelleswift.com. She has an affinity for running, culinary eats, travel and sparkly gold things. People and adventure light her up like a hot pink neon sign!
Foodie
Health
Foodie tacos
More From Health