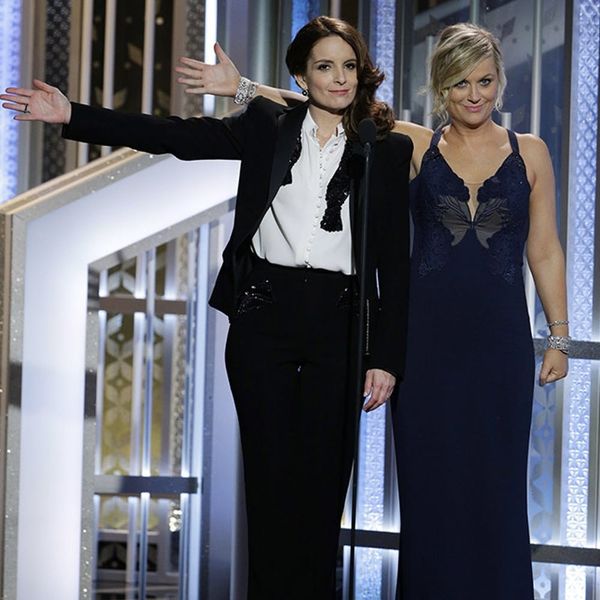 Live events have been rough for cord cutters for years. We’ve had to deal with crappy, grainy and questionably legal (okay, totally not legal) live streaming on our laptops or attending a viewing party at the tiny apartment of the one friend who’s holding strong with that cable subscription. Which, by the way, is a terrible choice if you’re trying to live tweet (SO MUCH BACKGROUND NOISE!). Looks like the clouds are clearing and times are a-changing as producers of *insert major television event here* are finally joining the digital world and streaming their productions live (sometimes with a catch, natch). Long live tech!

We first got pumped about this new trend when it was announced that both the SAG Awards and the Super Bowl were being live streamed from the TNT and NBC websites, respectively. With the Screen Actors Guild Awards, the basic cable network made live streaming the ceremony simple — no sign-up required. And if you just happened to be on the West Coast (where the actual event was being held) you could still watch it live and non-tape–delayed. We’ll get to that annoyance in a moment. The oddest part about TNT’s stream, though, was the lack of commercials during live feed breaks. We can’t really complain because that led to zero distractions as we headed to the kitchen bar for another fancy cocktail refill every time the screen went black — just seemed like a missed opportunity for someone ;)

Like we said, the biggest television event of all (that’s the Super Bowl, y’all) came to the Internet this year too. We’re kind of confused about what took so long. But with the help of NBC (snaps for you, peacock!), Katy Perry, commercials and, oh yeah, football, was broadcasted from the world wide web for everyone not wanting to pretend like they knew what was going on at a sports bar. Just like with TNT + the SAG Awards, there was no signup required to view the game. Touchdown, NBC.

After all the excitement of no-frills live streaming for those major events, we kinda expected the same for music’s biggest night when it was announced that the Grammys were following their live-streaming lead. After all, of all the events that had the potential to go viral it would be this one. Sadly, CBS’ live streaming was kind of a mess. First off, signing up was a hassle — we get it, CBS, you want us to use your new streaming service CBS All Access, but how many people *actually* entered all their credit card info? Then after the registering headache, CBS basically went and trolled West Coast viewers, making us wait for a tape-delayed broadcast instead of watching it live with the East Coast. Sorry CBS, but if you’re gonna offer live streaming, offer it for the entire country at once and don’t tease us Twitter-obsessed left coasters. We will give them tiny golf claps for providing live video of backstage so we could see all the BTS goings-on we wouldn’t ever get to see from a cable provider. Teeny, tiny golf claps though.

With the mixed bag of live stream results from the year’s star-studded events so far, we’re having mixed feelings (while keeping our fingers crossed) about the The Oscars. ABC recently announced there will be a live digital stream through its Watch ABC App, but the way it was worded in their announcement, we’re a little skeptical the broadcasting company may be going the route of CBS (tape-delay for the West Coast) for the Academy Awards. Seriously, don’t put us through that torture again. There is some silver lining however, as the network announced there will be exclusive red carpet footage and backstage action that can’t be viewed on the regular television screen. So kudos for the second screen bonus activity (and TBD actual live stream broadcast), ABC.

While the official live streaming trend has us excited (and grateful) we don’t have to turn to alternate routes to view the year’s big events, there are totally improvements that can be made on the part of the broadcasting companies. Namely, live streams for the West Coast. Also, with the uptick in all the live streaming events, we have our fingers crossed for other major events to follow the trend — like the Golden Globes, the Emmys, the Tonys, the MTV Video Music Awards and so much more. No matter what happens with this trend, we are never, ever getting back together with a cable provider, so we’ll be giving Sling TV a shot.

Are you a cord-cutter and totally into the emerging legal live stream trend? Let us know in the comments.