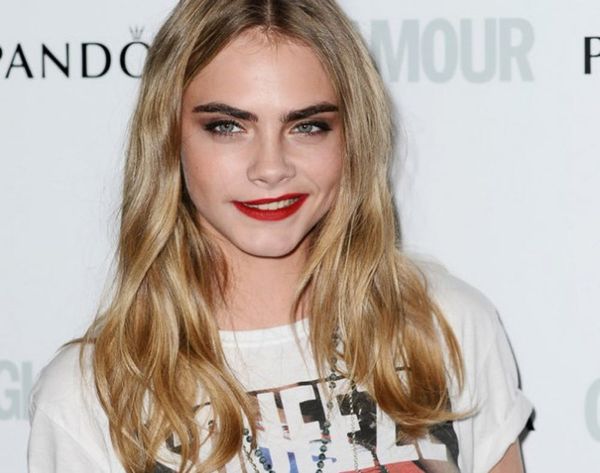 This winter, we’re all about easy hairstyles that still look impeccably chic. Number one on that list is the messy wave. It looks gorgeous on everyone, and it’s def a look you can claim you just woke up with. We’re not the only ones in love with this ‘do. Celebs are rocking undone waves everywhere from the red carpet to the grocery store. Jump in on the trend and cut down on your morning get-ready time with these 19 celebs.

1. Karlie Kloss: Whether she’s busy tearing up the runway or baking some awesome, nutritious cookies, Karlie is one of our fave new style icons. Her tousled bob with a deep side part is the epitome of cool girl style. (via Time)

2. Blake Lively: We’re sure it’s no surprise to anyone that Blake’s on this list. She’s well on her way to piloting her own lifestyle empire and being mommy-to-be of the year, but we have to say it all started with our lady crush on Blake’s locks in The Sisterhood of the Traveling Pants and Gossip Girl. (via Style Bistro)

3. Kiernan Shipka: It’s not even fair that a 15-year-old is so gorg with such enviable style. Where are her braces and glittery eyeshadow?! It’s safe to say that we’ll have our eye on Kiernan as she continues down her path to style stardom. (via Style Bistro)

5. Mary Kate Olsen: Ash + MK are basically princesses of the natural, boho look, and MK’s waves here are a testament to that fact. (via Hairstyles Weekly)

6. Lily Collins: Remember when you were a kid and your mom would braid your hair wet before bed so you’d wake up to those crimpy waves that were so in? We’re envisioning Lily achieved this look through similar means. (via Style Bistro)

8. Alexa Chung: It-girl Alexa has been wowing the fashion world with her messy bob and curtain bangs for quite some time now. We’re pretty sure we’ve attempted to emulate each of her signature looks, starting with this hairstyle. (via Average Jane’s Blog)

9. Drew Barrymore: When messy waves aren’t quite hitting that ethereal note you want, incorporate some thin braids. (via Ette Clothing)

11. Kimberly Perry: Kim of The Band Perry is known for her curly locks, but we’re digging this looser style. (via Style Bistro)

12. Leighton Meester: Leighton has done a lot of breakaway from her image as Blair Waldorf in recent years, starting with establishing her own style ethos. Blair may not be down with sombre waves and super lined eyes, but we’re glad Leighton is. (via Blogged Pores)

13. Taylor Swift: T Swift is impressing us lately. This rough chop with brushed out curls is the next step in her style evolution, and we’re almost as obsessed with it as we are obsessed with the video for “Blank Space.” (via Sam Villa)

14. Beyoncé: We know you’ve seen this look before, but come on. Only Bey can rock haute couture with such a lazy hairstyle and pull it off. It’s basically everything we aspire to. (via Jewels du Jour)

15. Anna Kendrick: When we’re not cracking up over her Twitter feed or trolling the web for deets on the forthcoming Into the Woods — actually, never mind, we’re always doing that. Anyway, she’s a comedic genius, she can sing + act and she’s got killer hair. (via Taaz)

16. Nicole Richie: We’re not going to go on and on about how much we like Nicole Richie. We know you’ve heard it already. So we’ll just say her long waves and hair chain are perf. (via Getty Images)

17. Jennifer Aniston: Someday we’ll get over Jen’s perfect hair. Maybe. Meanwhile, we’ll blow our cash stash trying every product in her Living Proof line to try to achieve this luscious look. (via The Fashion Foot)

18. Kate Mara: The color, the texture — Kate is winning the hair game with this ‘do. (via Style Bistro)

19. Amanda Seyfried: 2004 is long gone, and nowadays we’d barely recognize Amanda without her signature long waves. (via The Cinema Source)

What style is going to transition you to winter? Are you ready to jump on the messy wave bandwagon? Share below!

Meaghan Pachay
Meaghan's love affair with cooking, crafting and all things DIY began at age eight, with her first reading of Little House on the Prairie. It shows no signs of petering out anytime soon.
Hairstyles
Celeb Style
Hairstyles