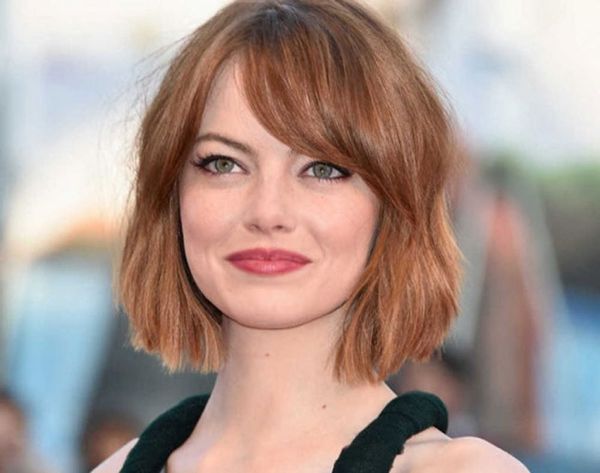 Once you find a good hairstyle, it’s easy to get stuck on it for years. But 2014 wasn’t so much the year of signature locks as it was the time when you changed up your tresses in what seemed like the blink of an eye (or the very next snapped Instagram). Hair went from blonde to blonder (but still dark at the roots) to dark as night to candy colored and back, and that’s just the dye jobs. Lengths got shorter, parts set a tone more dramatic than usual and when it came to braids, waves and updos, the messier, the better. We’ve recapped those top hairstyles here as seen on the celebs who rocked ’em best (and who no doubt inspired our very own handful of hair transformations). Spot the ‘dos that you did in 2014 below.

1. Messy Waves: 2014 was the year of the bedhead — the more pillow-kinked your locks looked, the better, and that was whether you were running weekend errands or leading a champagne toast. Even on the red carpet, celebs groomed their wavy tresses to the point of being just undone. But this style didn’t reign supreme for being a ‘do only Hollywood stylists could recreate. Every girl could get this look with a flat iron and texture spray (and a diva-grade hair flip).

2. Center Part: Kendall Jenner had a massive 2014 (and we can only assume an even more epic 2015 is ahead), including leading the charge on the straight-down-the-center hair part. It’s a beauty move that’s as polished and modern as it is timeless and, depending on the texture of your locks, could sharpen the slickest strands 10-times over or give an easy-going French girl flair to gentle curls.

3. Bobs: It seemed like everyone was chopping off their long locks this year (including girls who NEVER get their hair cut — Lauren Conrad was a *shocker*), and the short cut of choice was the bob. Be it a chin-length style or to-the-shoulder chop, the cut proved to be insanely versatile and easy to style (remember those messy waves from before?). As tresses grow out in 2015, we’ll be waiting for what new style the stars will pick up on next.

4. Fishtail Braids: With the no ‘poo movement gaining serious steam, there was a major hole in the market for fancy-feeling styles for day-two hair. Enter the fishtail braid, a 101-level braid that looks anything but basic, no matter if you pull your plaits tight, scrunch them out or braid them inside another braid. We took our cues from the red carpet and wore them down our shoulders surrounded by loosely falling tendrils — a hairstyle that’s insanely romantic and easy to DIY.

5. Unicorn Hair: Blonde, brunette and auburn are fine hair colors — swoon-worthy even. But the most envied shades of 2014 were the opposite of au natural. Hot pink, dusty blue, neon teal and lavender (plus every other hue under the sun) marked the official end of the ombre and turned tresses into edgy, eye-popping works of art.

6. Dramatic Side Part: Don’t call it a side sweep: this way-off-to-the-side part is anything but breezy, and it amped up the drama of just about any ‘do like you wouldn’t believe. That went especially for curls, which hit new levels of glamour as the full cascade was balanced by a dramatic drop earring.

7. Rusted Roots: In 2014, the one-time beauty faux pas of growing out your roots became a smash hit. It didn’t matter how intense the contrast between your dyed tips and your natural stems actually was, all that mattered was that you embrace it — or even enhance it with babylights — a trend that delighted #lazygirls everywhere.

8. Topknots: Appearing polished was easier than ever this year thanks to the topknot, a twist-up-and-go ‘do that was just as on-point for the office (pulled back tightly) as it was for date night (tucked up loosely and held tight with hair accessories). The best part about this beginner-friendly style was that it looks good on girls with every type of hair, from thick-maned beauties like Sarah Hyland (the bigger the bun, the better!) to gals with fine hair like J.Lo (that’s when you turn up the shine).

9. Wet Hair: Bey takes all the credit for catapulting this straight-off-the-beach look into the mainstream, swaying girls to slick back their hair in a super shiny, patent leather-like finish. You had to be willing to embrace hair gel like never before (or insert ’80s hair flashbacks here) — with this style, the sleeker, the better — or at least be down to flaunt your stringy post-shower locks!

10. Unexpected Braids: Girls who thought they had done it all when it comes to braids got a heckuva surprise on this year’s red carpet, where plaits popped up in the most unexpected places. Whether they acted as armor on either side of your part, integrated into other styles to create heavenly hair hybrids or peeked through #wokeuplikethis hair, there were major points rewarded for taking the twist to the next level.