20 Awesome DIY Halloween Costumes You Should Start Working on Now 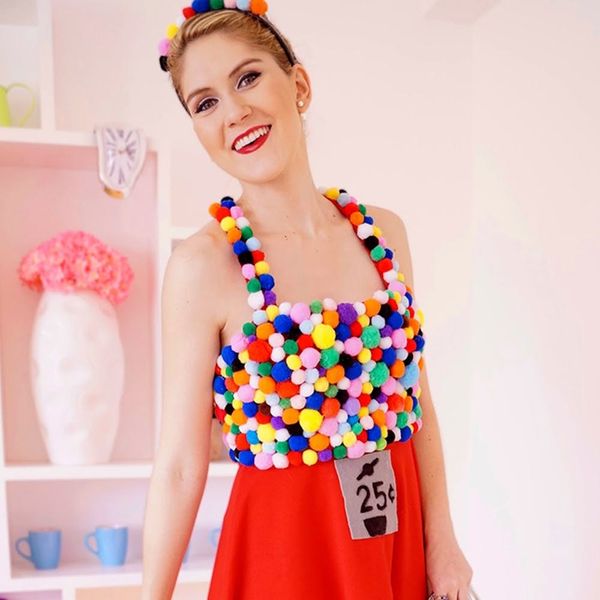 Halloween is currently two months away. That seems like a lot of time but let’s be honest, it’s definitely going to creep up on you. Then, before you know it, you’re going out in last year’s costume because you ran out of time. Halloween Fail! Get a head start on things this year by sorting out what you’re going to be before all the supplies you need have been snatched away by all the other Halloween-loving folks out there.

1. Taylor Swift’s Bad Blood Cast: If you and your crew are total Taylor fanatics, take some time to put together these totally badass outfits from Swift’s biggest video of this year. (via Brit + Co)

2. Female Ghostbusters Cast: The new, all-female cast of Ghostbusters won’t be coming out until 2016, but thanks to some released photos of the new costumes, you can totally get a head start on the updated version of the popular outfit. (via @paulfeig)

3. Princess Peach and Toad: Pair up with your little one in this adorable Mario Cart inspired costume. This one may take some time, considering you’re making costumes for both you and you’re little Toad, but the results will be totally worth it. (via Brit + Co)

4. The Full House Cast: With the reboot of Fuller House currently underway, this is going to be a super relevant costume even though the show ended a whopping 20 years ago (wow, we’re old). Bring back those late ’80s/early ’90s styles with a gang of your besties. (via ABC)

5. Bun In the Oven: Think you’re out of options this Halloween just because you’re expecting? Think again, mama-to-be! Play on the classic “bun in the oven” saying by literally creating an oven around your belly. (via Brit + Co)

6. Nicki Minaj and Beyoncé: Because let’s be honest, who doesn’t want to pretend to be Nicki Minaj or Beyoncé for a little while, amiright? Channel one of the duo’s many outfits from their video, Feeling Myself. Need a jumping off point? Score a couple of these pieces. (via Brit + Co)

7. Lauren Conrad’s Mermaid Costume: Lauren is never one to disappoint when it comes to a killer Halloween costume. Last year, she put Ariel to shame with this epic mermaid costume (which she also shows you how to make). If you’re currently rocking some serious mermaid hair, this outfit is kind of a must. (via Lauren Conrad)

8. Sheep Costume: Accidentally buy way too many cotton balls at Costco? Use them ALL with this cute and easy-to-make costume. (via The Joy of Fashion)

9. Donut Costume: If there is one dessert/breakfast that’s having the best year ever it’s definitely the donut. Embrace the treat’s newfound popularity with this adorable outfit. (via Studio DIY)

10. Paper Dolls: Take a queue from our epic Halloween party we threw a couple of years ago and create these hilarious paper doll outfits. (via Brit + Co)

11. Caramel Frappacino: If you just can’t even seem to get enough of the ‘Bucks, this one is definitely for you. (via Her Campus)

12. Pinata: We’re thinking that carrying around a bowl of candy is definitely a must with this outfit. (via Camilla Styles)

13. Bubble Gum Machine: This may look complicated, but it’s actually deceptively easy. All you need is a red skirt, a big bag of colored pom poms and a shirt to glue them too. (via The Joy of Fashion)

14. SNL’s Best Characters: Will you be hanging with a pretty big group this Halloween? Go all out and dress up as some famous SNL characters! We think Stefan and Gilly are two that should definitely be included. (via Today)

15. Playdoh: Snag a trash can (a new one), spray paint it yellow and make a giant playdoh logo to attach to the front. (via Litzky Public Relations)

16. Pizza Costume: Because c’mon, who doesn’t like pizza? If you want to turn this into a couple’s costume dress your boo up as the delivery boy (or girl!). (via Studio DIY)

17. Monarch Butterfly: This one might take a little bit of sewing skills, but once you spread your wings it will all be worth it. This tutorial is for a child size, but just increase the measurements as needed to rock it as an adult. (via Buggy and Buddy)

18. Milk and Cookies: There’s really no combo quite like it. This one doesn’t take all that much work, but a little bit of prep time is definitely needed. (via Brit + Co)

19. Shooting Star: Make your costume out of this world by creating this fun yet simple shooting star costume. (via Camilla Styles)

20. Ice Cream Cone: For a cute DIYed costume that is also super comfortable, transform a white tee and beige shorts into an ice cream cone. (via She Knows)

Do you already have your costume sorted for this year? Tell us what you’re going to be in the comments below.