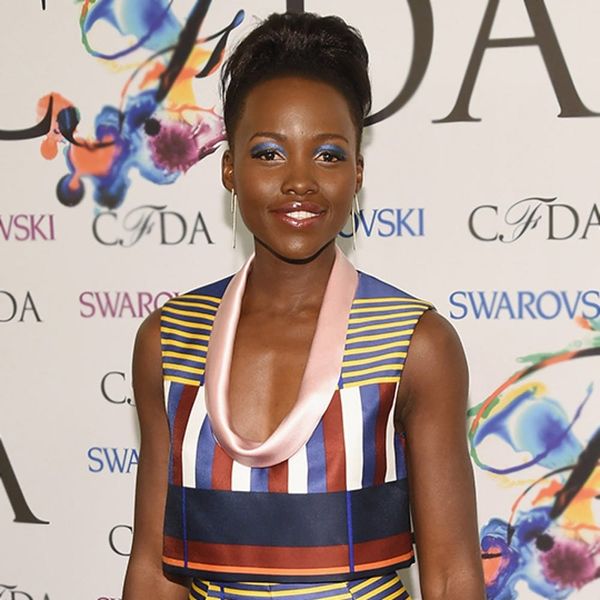 Lifestyle sites from famous faces are everywhere these days. You know the regulars — Blake, Lauren, Gwyneth — and you know the newcomers — Julianne and Reese — and we’ve even introduced you to some hidden gems from stars like Shay Mitchell and Jamie Chung. While we wish every single celeb would let us a little more into their lives like those ladies — we’re looking at you, Jennifer Lawrence and Scarlett Johansson (we get it, you like your privacy) — we feel like some well-known women would be open to going the lifestyle route, so we decided to make a list of our dream girls to fill that hypothetical bookmark folder. Below are the top ladies we WISH would be the next Goop.

1. Anna Kendrick: She’s hilarious on Twitter, has a sense of style (and humor) and is coming out with a book of essays. If those aren’t enough reasons for the Pitch Perfect actress to claim a URL, then how about a couple more: kitchen confessions and travel logs. Anna, we’re waiting. (Photo via Larry Busacca/Getty)

2. Sophia Bush: The Chicago P.D. star recently gave us some beauty tips, but we want MORE! Imagine a site filled with hacks to live a greener life, eco-living insight and even thoughts on a sustainable future. All wedged between makeup tutorials. Sophia, we’re ready to bookmark your page — just give us a name, girl. (Photo via Jason Merritt/Getty)

3. Emma Watson: Not only does the former Harry Potter star and future Beauty and the Beast headliner pick smart women to play, but she herself is *pretty* brilliant as well. We could envision an Internet world where the recent Brown grad and U.N. Goodwill Ambassador provides us with longform pieces and discussions on all things feminism, world-issues and even a little beauty once in a while. (Photo via Chris Jackson/Getty)

4. Beyoncé: Yes, we know she run the world, but we wouldn’t mind it if she ran our lives as well. We imagine a site from Queen Bey would involve everything from living your best vegan life (recipes and all) to insight on how to rock the best footwear + activewear. Oh, and where to buy all of Blue Ivy’s things for our little ones ;) (Photo via Jason Merritt/Getty)

5. Taylor Swift: If you’re looking for another destination for homemaking in the digital generation (after us, of course), the megastar’s inevitable site — totally inevitable, right? — would be the place to head to. She’s basically *the* best hostess (exhibit A, B, C and D), she knows how to decorate a home, she’s super stylishand she’s a tech gal. Yeah, whenever Taylor’s ready, she’s coming for Blake’s crown. (Photo via Larry Busacca/Getty)

6. Shailene Woodley: It’s no secret we would love our lives even more if The Fault in Our Stars actress was our BFF, but since that’s never gonna happen, an eco-living lifestyle site would be the next best thing. She could share all of her green living lazy girl hacks, expand on her bone broth mornings (and other natural health secrets) and share more how-tos on living your best eco-girl life. (Photo via Larry Busacca/Getty)

7. Jennifer Lopez: Not only does the multi-hyphenate lady always bring it on the red carpet — outfits and beauty — but she also is known for her insane body, show(w0)manship and life as a mom. Imagine if she incorporated all those aspects into a website with a touch of pulling off last nights’ edgy/revealing outfits and she would definitely have us checking it out every morning. (Photo via Kevin Winter)

8. Lena Dunham: She’s got an unpredictable style and a sense of humor, and she loves to write. So why not share more, girl? We’re thinking the actress could provide us with a cool Brooklyn girl site filled with stories of being on the inside and outside of Hollywood (and how awkward that can be), date nights with her man and adventures involving her dog. She could even start a funny ladies book club… because, duh. Bring on the unfiltered entertainment, Lena. (Photo via Larry Busacca/Getty)

9. Mindy Kaling: We obviously love Mindy (who doesn’t?) and we would jump at the opportunity to read more from the gal. Her book is amazing; her pre-fame blog, The Concerns of Mindy Kaling, gave us plenty of laughs; she knows how to offer date night outfit tips and she’s a pro-DIYer (see her GIF ecards and her holiday door hangs, Wreath Witherspoon). With those credentials, all the actress really has to do is choose a URL and get to publishing. (Photo via Dimitrios Kambouris/Getty)

10. Kristen Bell: How amazing would a site centered around the pratfalls of raising kids be told from the eyes of this hilarious and opinionated lady? Not only could the Frozen actress share those stories, but she could also provide cute date night ideas, guaranteed LOL-worthy tutorials and even some skincare secrets. Kristen, if you launch a site we will never *let it go* ;) (Photo via Jason Merritt/Getty)

11. Sasheer Zamata: Not only is the Saturday Night Live cast member beyond funny, but she also loves a good DIY (check out her golden bull head and yarn wall hang). Picture this: a site — or even a YouTube channel — where she does tutorials on anything and everything featuring hysterical guests AKA BFF Nicole Byer all the time. Please make it happen, lady! (Photo via Neilson Barnard/Getty)

12. Hilary Duff: 2015 is a real renaissance year for the former Disney Channel star. We would totally get behind an Internet platform where the singer and actress shares how to rock it as a single mom with a new look who just so happens to also be rebuilding a career. Filled with style advice, solo mom tips, work-life balance pointers and proper hairstyle makeovers (or two), this would be a must read. (Photo via Imeh Akpanudosen/Getty)

13. Nicole Richie: Yes, the former Simple Life star has a blog, but she could totally amp that thing way up. When she’s not busy filming Candidly Nicole (or between BTS peeks), the pastel gal could offer shoppable OOTD looks, makeup tips, the proper ways to accessorize and even how to be the best hostess there is. All served up via her signature sassy voice. (Photo via Michael Kovac/Getty)

14. Demi Lovato: Yes, she is a professional when it comes to changing up her hairstyle and could offer some of the best color + cut tips out there, but we have so much more in mind for her. We’d like to think the former Disney star could be a budding Oprah-type for that generation and beyond. She is pretty in tune with healthy living, has shared her detoxing ways in the past and shares her workout secrets on a regular basis while being totally transparent about her personal struggles. (Photo via Jason Kempin/Getty)

15. Laverne Cox: The Orange Is the New Black actress could really give us a ton with a site of her own. Before her book debuts next year, we think she should launch a site that is overflowing with experiences as a transgender woman so more people can understand the community. Add beauty secrets and a pro guide on public speaking (because she kills it every single time) and we’re THERE. Whether in long or short form, we’ll absorb it all. (Photo via Dimitrios Kambouris/Getty)

16. Ellie Goulding: While she’s mainly known for her musical talents, she is also a super active lady. From this singer we would love to see a website dedicated to all things dealing with an athletic lifestyle. We think that involves workout routines, delicious + nutritious recipes, tips for staying active and healthy throughout the year and even some picks and guides on how to look good even when wearing athleisure outfits. (Photo via Karl Walter/Getty)

17. Drew Barrymore: The actress and mom has her own beauty line — Flower Beauty — and is known for living a green and healthy life. We would totally love it if Drew launched something that was a sort of hybrid between Goop and Alicia Silverstone’s The Kind Life. (Photo via Jason Kempin/Getty)

18. + 19. Ellen DeGeneres + Portia de Rossi: Yes, they are both adorable (and hilarious). Yes, Ellen already had a lifestyle collection for QVC. Yes, the couple’s home is gorgeous. They’ve got it all, but it’s all kind of in separate places, so we think the duo should make a hub for all of their ventures while also expanding into pages for recipes, animals and straight up funny stories. Give it to us, girls. (Photo Jason via Kempin/Getty)

20. Alexa Chung: How does this fashionista not already have a site already? We ask ourselves this question on a daily basis. The Brit could totally offer up a sort of combo of the Zoe Report and Man Repeller that also includes insider info like nail polish made from kale and festival snapshots filled with tips. (Photo via Dimitrios Kambouris/Getty)

21. Lupita Nyong’o: Though the actress may have a team behind her helping to get her looking flawless on red carpets, she has shown she knows a thing or two when it comes to beauty tips and tricks. She could launch a site that is all beauty and style, filled with beauty secrets, how-tos on making trends like a body chain work for you and even how to get her look — whether that’s with pearls or without. But please, pearls. (Photo via Larry Busacca/Getty)

Which celebrity would you like to see launch a lifestyle site? Let us know in the comments.